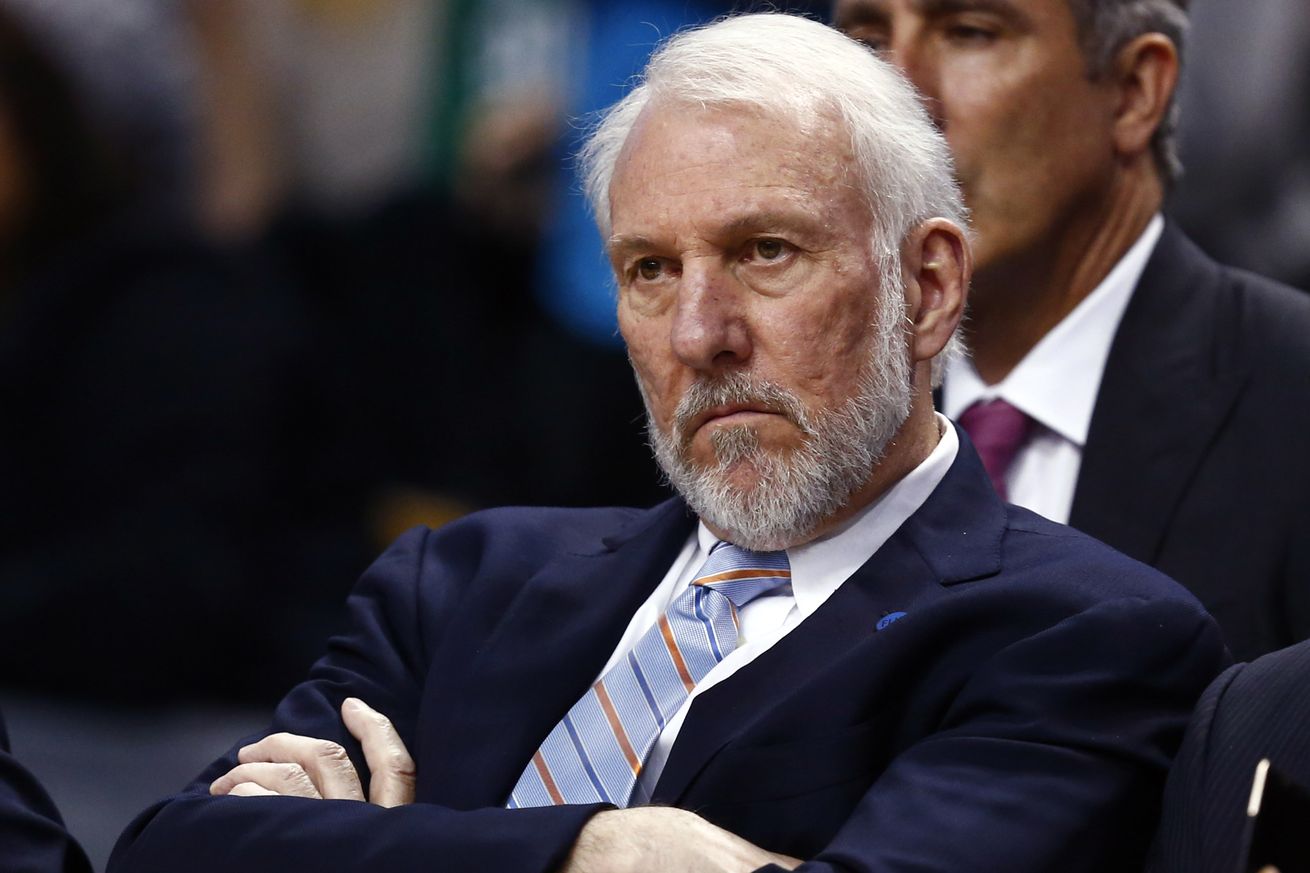 Gregg Popovich rarely speaks during interviews, but when it came to discussing the current issues affecting the country today, the San Antonio Spurs head coach spoke at length about how “race is the elephant in the room in our country.”

Popovich discussed Colin Kaepernick’s national anthem protest and the response it has received from those opposed to his actions. “What’s really interesting is the people that jump right away to say, one is attacking the police, or the people that jump on the other side,” Pop said. “It’s a question where understanding and empathy has to trump, no pun intended, has to trump any quick reactions of an ideological or demagogical nature.”

Popovich said he respects the courage of the athletes who have taken a stand because “change really seems to happen through political pressure,” he said, citing Dr. Martin Luther King and the NBA’s decision to pull the 2017 All-Star Game out of Charlotte.

Pop also examined the differences that come into play interacting with a police officer when you’re a white person, as opposed to a black person. “It’s easier for white people because we haven’t lived that experience. It’s difficult for many white people to understand the day-to-day feeling that many black people have to deal with,” Popovich said. “I didn’t talk to my kids about how to act in front of a policeman when you get stopped. I didn’t have to do that. All of my black friends have done that. There’s something that’s wrong about that, and we all know that.”

If any Spurs players do decide to protest, they will not face any opposition from Popovich, who is taking the “to each their own” stance

LeBron James says he will stand for the National Anthem
Video: Beanie Sigel Gets Knocked Out Backstage by Meek Mill Associate