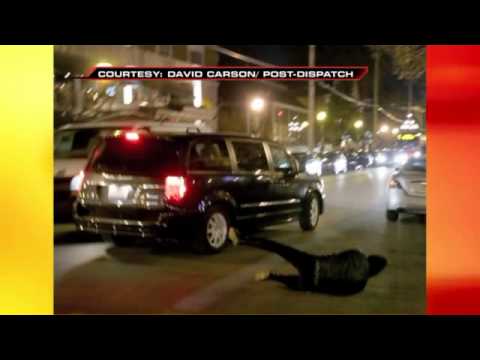 St. Louis police took a man into custody on Wednesday after his minivan hit a group of protesters, and then the man waved a handgun at them.

According to the St. Louis Dispatch, activists were preparing for a “die-in” demonstration, which includes laying in the street, in Maryland Plaza at around 8 p.m. to protest the decision not to charge the officer whose illegal use of a chokehold resulted in the death of Eric Garner.

“As they did, a man driving a Town and Country minivan drove through the intersection and accelerated through the crowd,” the paper reported. “One woman was seen crouching on the hood of the minivan as the van continued forward. She fell off as the vehicle rounded a curve.”