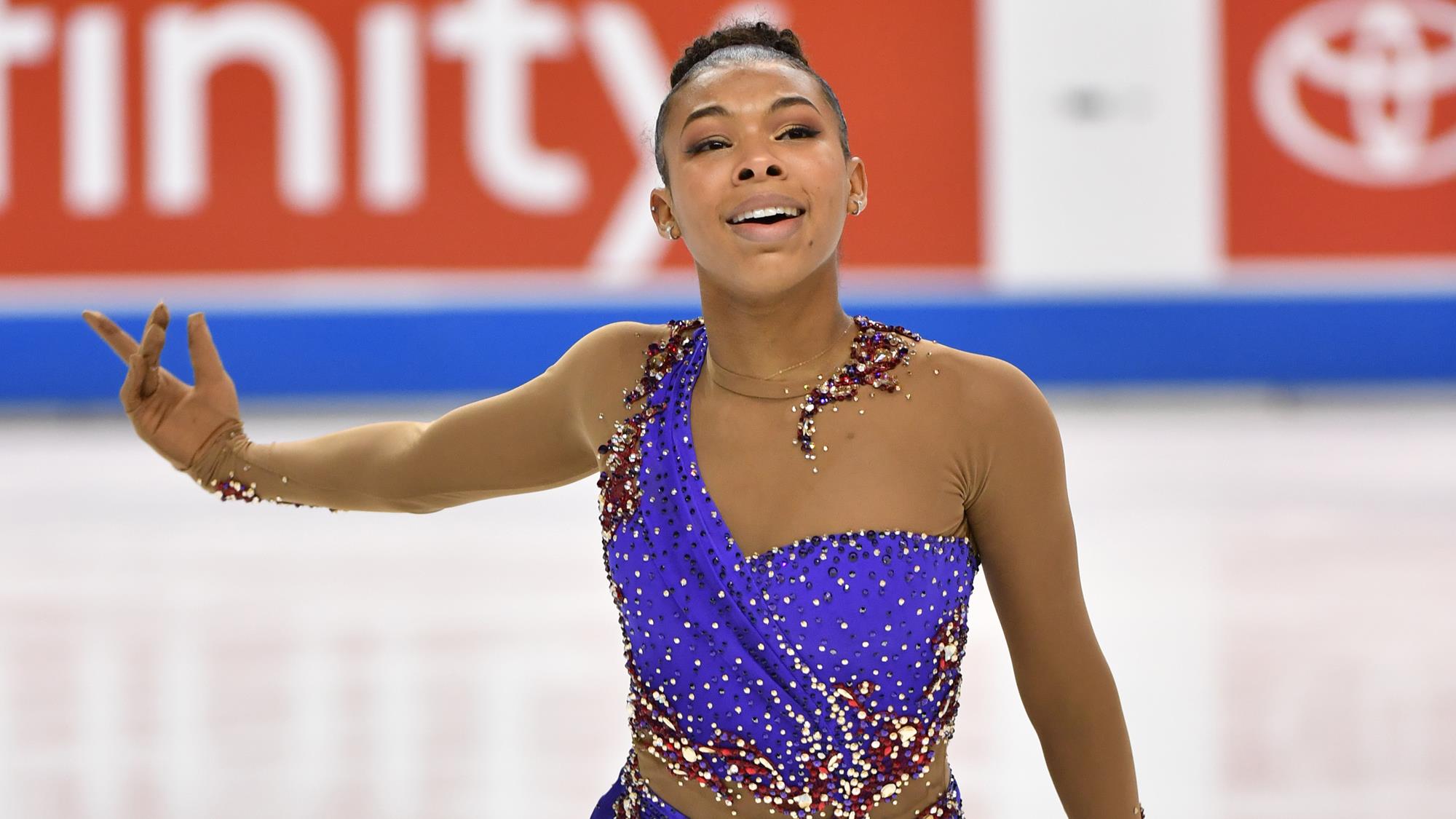 Starr Andrews made history as she became the first black US figure skater to win an ISU Grand Prix medal at Skate Canada in Mississauga, Ontario on Saturday (October 29).

“I can’t even put into [words] how I feel right now!!” Andrews wrote on Instagram.

The 21-year-old who has come a long way since her viral 2010 performance to Willow Smith’s “Whip My Hair” said she couldn’t be more proud of herself.

“Thank you to all the support I’ve gotten even on the skates that weren’t my best. This is a dream come true,” she said in her recent post.

Andrews performed a beautiful free skate to Belgian singer Lara Fabian’s rendition of “Je Suis Malade” – moving up from fifth place to second overall with a score of 191.26, 10 points higher than her previous personal best at a Grand Prix in France in 2019.

Japan’s Rinka Watanabe took first with a total of 197.59 points, while Young You of South Korea earned the bronze medal with 190.15 points, according to Team USA.

“I think it’s a huge deal, to be a woman of color in figure skating,” Andrews said of the moment in figure-skating history and the need to diversify the sport. “I’m so proud I could represent. It makes bringing home a medal even more special . . . I actually still feel like it’s a dream.”