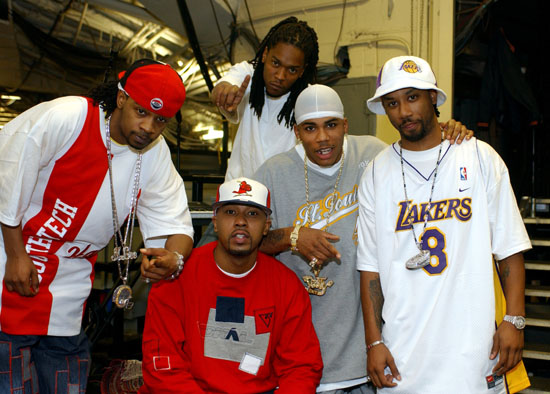 Before Nelly rose to stardom, he and his childhood friends formed their group, St. Lunatics in the early 90s. The collective consisted of the “Hot in Herre” rapper alongside City Spud, Murphy Lee, Kyjuan, Slo’Down, and Ali.

The group made waves with their single “Gimmie What Ya Got,” but struggled to build a solid fan base outside of St. Louis’ city limits. Over the years, the group would see Nelly gain traction as a solo act, but according to Ali, there’s more to the story.

On Wednesday (February 1), Ali shared a clip of himself with Nelly detailing why he has issues with the rapper. He claimed that their label did want Nelly’s verse on “Gimmie What Ya Got” but he fought for it. He also stated that he turned down a solo record deal in favor of staying with the group, but when Mase’s manager, Cudda, entered the fold he only wanted to represent Nelly and City Spud.

“They left with Cudda (went to Harlem),” wrote Ali. “The separation became The reality… They had left !!! We(The rest of the group) felt ‘HUSTLED’…. we were *1 until, The opportunity was presented to be *2 ..they hustled us!! Fast forward Universal record signs Nelly : Nelly has his manager (my bf @stltluv )…. call me and he said : ‘Nelly said he doesn’t NEED YOU to help him write.'”

Ali said he felt slighted by Nelly because he started the group and taught them “how to rhyme,” so he took a step back and said he would no longer help Nelly. “Some kind of way I ended up going …I ended up helping him write … but got no credit!! Wow !! I got hustled !!” he added. “You live and you learn.” Nelly has yet to respond to Ali’s accusations. 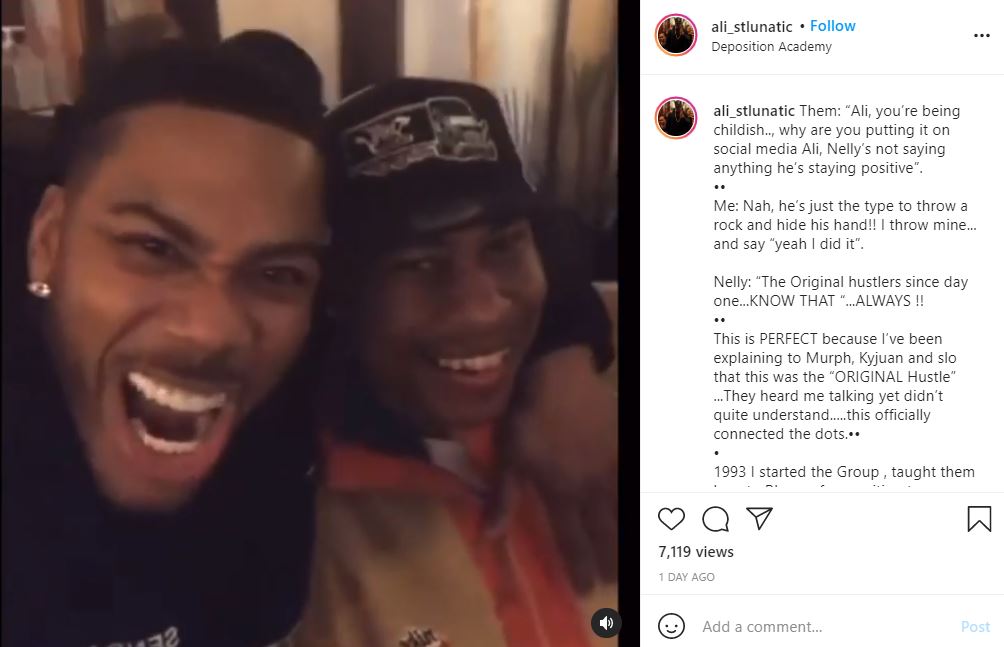