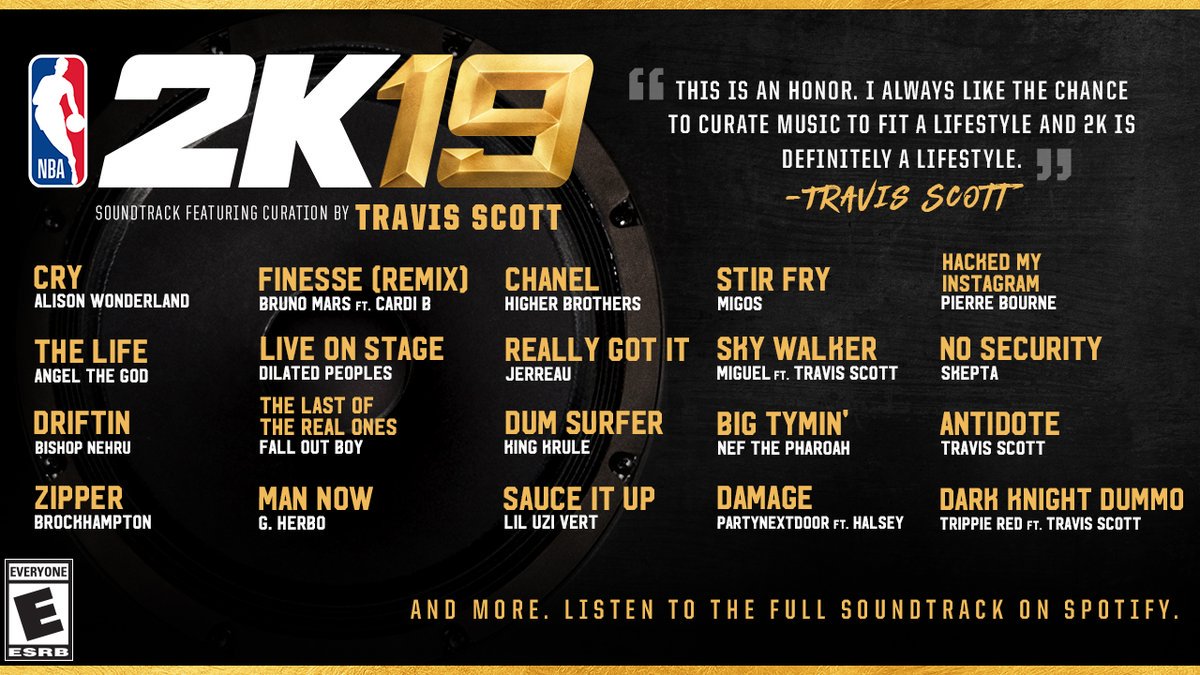 On Wednesday (August 15), Scott took to Instagram to announce a new partnership with NBA 2K19, sharing a short sit down with Lakers superstar and this year’s 2k cover athlete LeBron James.

“What does it mean for you to be the executive producer of the greatest basketball game in the world,” asks LeBron. “It’s an honor,” replies Travis. “It’s dope. I always like a chance to be able to like, curate music. 2K is a game that people live their lifestyle to.”

The game’s soundtrack features Scott’s music in addition to “a variety of current hip-hop and pop artists providing high energy and a fresh listening experience for all virtual ballers.” Check out the announcement and stream the entire soundtrack below.