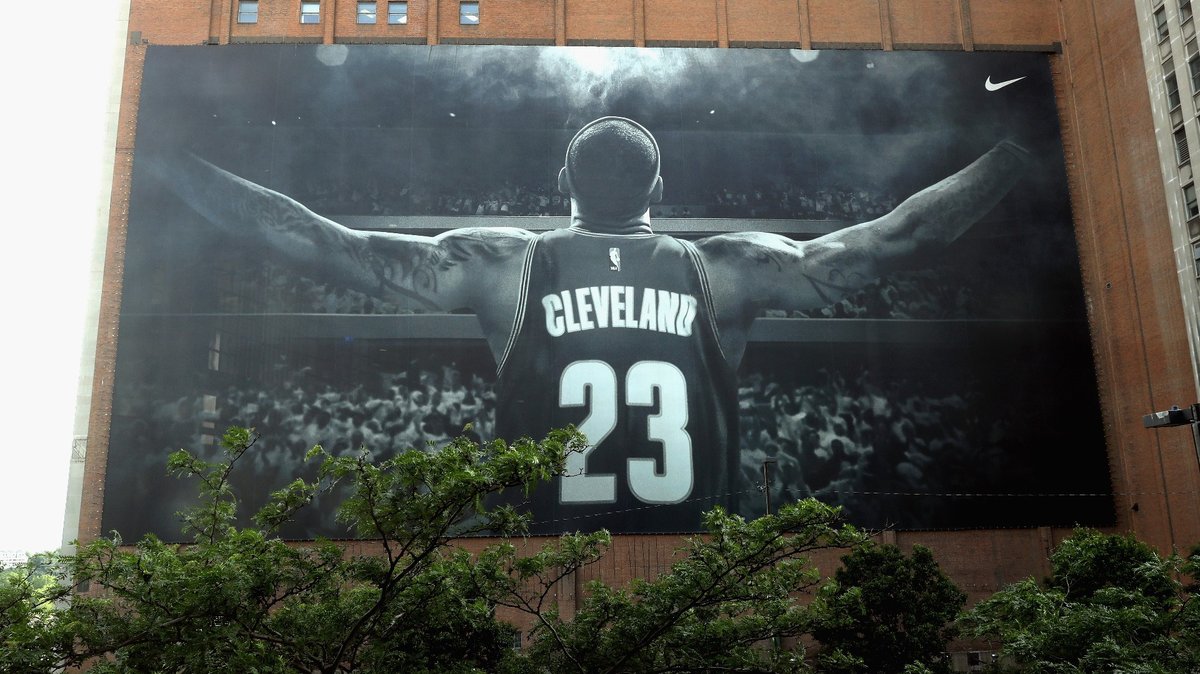 The massive LeBron James Nike banner that’s become a tourist attraction in downtown Cleveland is currently in the process of being removed.

In a statement Monday, Sherwin-Williams announced it is “evaluating other options” for what will replace the James banner on their global headquarters.

Continue Reading
You may also like...
Related Topics:Lebron James