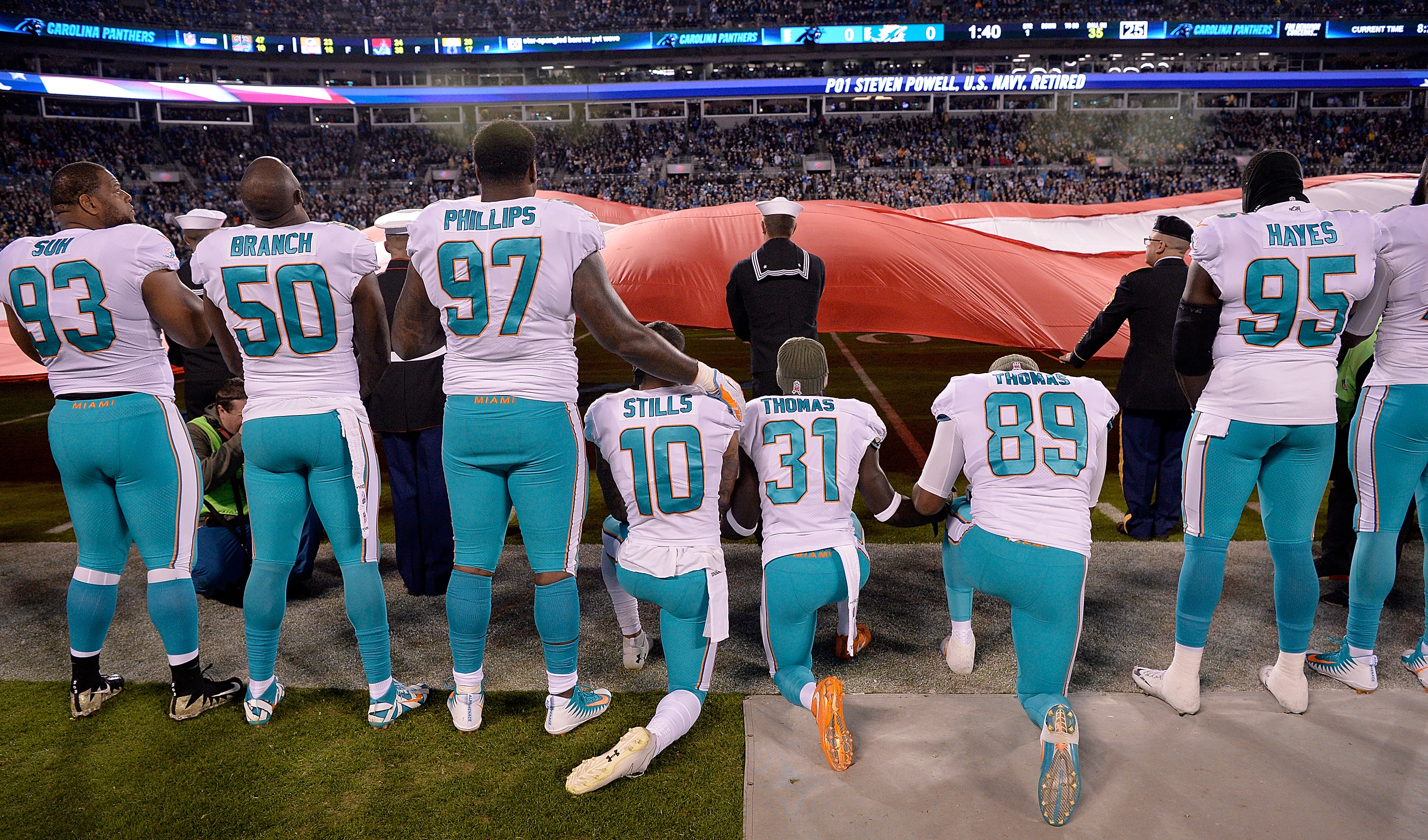 The Miami Dolphins are threatening to suspend players who protest during the national anthem for up to four games.

No, we’re not talking about beating your wife or sexually assaulting a woman, but bringing attention to racial injustice and inequality in this country. To show where the Dolphins’ new rule ranks among the NFL’s priorities, the four-game suspension is one more game than Jamies Winston will sit out for grouping an Uber driver.

According to the Associated Press, the Miami Dolphins document lists anthem protests under “conduct detrimental to the team,” and mentions suspensions, fines or a combination of both as a possible penalty.

The new rule follows a policy NFL owners approved in May that will allow players to stay in the locker room during the anthem—but requires them to stand if they’re on the field. Teams, not player themselves, will be fined if there are on-the-field protests.

Dolphins owner Steve Ross was one of the most outspoken executives against anthem protests last season.