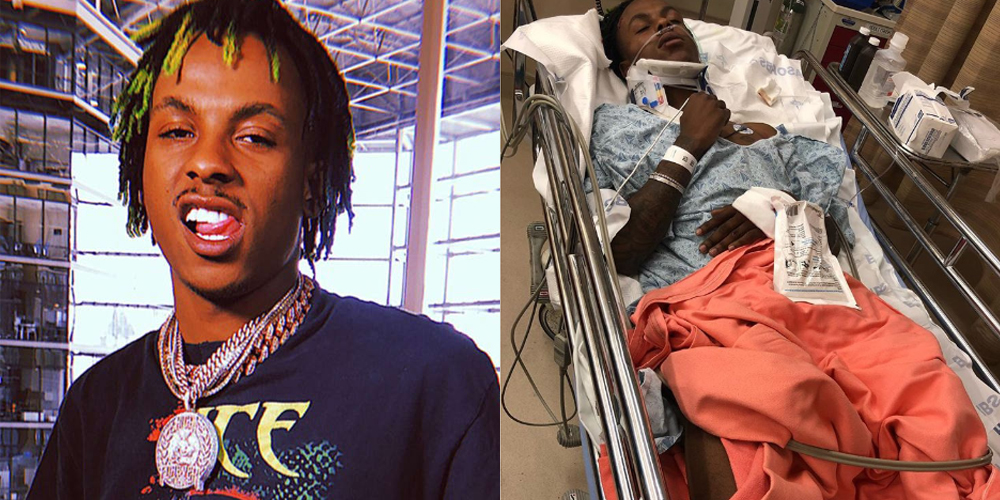 Rich the Kid has been hospitalized following a brutal attack and robbery in his girlfriend’s Tori Brixx’s Los Angeles home last night.

According to TMZ, two masked assailants entered the home and demanded cash and jewelry, and when Rich tried to fight them off, three more men came in with guns. The Atlanta rapper was pistol-whipped and beaten, and the robbers made off with a “significant” amount of cash and jewelry. Rich was admitted to a hospital for treatment. He sharted a photo of himself in a hospital bed to his Instagram page on Friday (June 15).

It’s unclear if a police report was filed although the cops were called after the robbery. Rich’s team reportedly believes the attack was an inside job.

Last week, Rich got into a physical altercation with Philly rapper Lil Uzi Vert. His estranged wife recently accused him of domestic abuse.