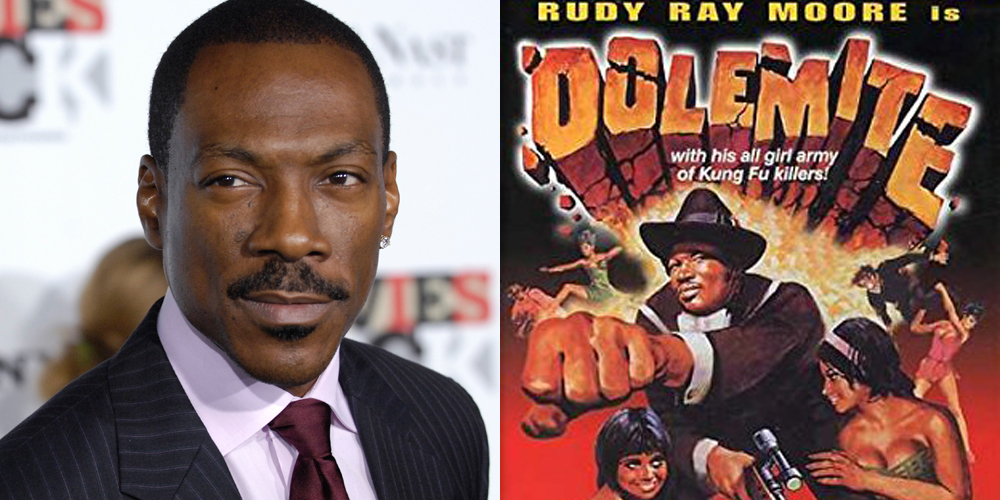 Eddie Murphy is making his return to the screen in a new film for Netflix about the life of Rudy Ray Moore, the star of blaxploitation Dolemite films.

According to Deadline, the pic will begin production June 12 and will be directed by Hustle and Flow’s Craig Brewer. Scott Alexander & Larry Karaszewski, the writers behind films such as The People Vs. Larry Flint, Ed Wood, and Big Eyes, will pen the script.

Moore’s 1975 film Dolemite has been described as “one of the great blaxploitation movies” of the 1970s. The character was “the ultimate ghetto hero: a bad dude, profane, skilled at kung-fu, DRESSED TO KILL and hell-bent on protecting the community from evil menaces. He was a pimp with a kung-fu-fighting clique of prostitutes and he was known for his sexual prowess.” The film was successful and was followed by The Human Tornado, The Monkey Hustle, and Petey Wheatstraw: The Devil’s Son-in-Law. Moore continued to release albums that appealed to his enduring fanbase through the 1970s and 1980s, but little of his work reached the mainstream white audience. His “rapid-fire rhyming salaciousness exceeded the wildest excesses” of Foxx and Pryor, and his highly explicit style kept him off television and major films.