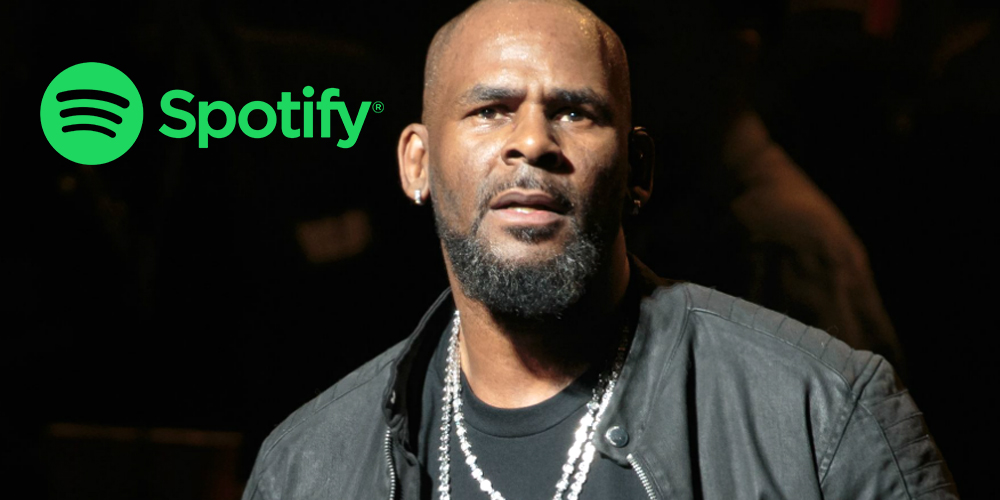 The popular music streaming service Spotify announced on Thursday that it will be pulling R. Kelly’s music from all of its official playlists as part of their new anti-hate policy.

According to Billboard, Kelly’s music will still be available on the platform, but will no longer be included in any of Spotify’s curated or algorithmic playlists such as “Rap Caviar,” “Discover Weekly,” and “New Music Friday.” If fans wish to hear Kelly’s music they will have to search for it specifically.

“We don’t censor content because of an artist’s or creator’s behavior, but we want our editorial decisions — what we choose to program — to reflect our values,” Spotify tells Billboard. “When an artist or creator does something that is especially harmful or hateful, it may affect the ways we work with or support that artist or creator.”

As of today, R. Kelly is the only artist that Spotify acknowledged would be affected by its new changes.

The move follows a series of allegations and testimonies levied against the singer, including claims he runs a “sex cult,” where women under his control have to follow a series of bizarre rules such as asking him permission to use the bathroom.

Last week, the Time’s Up organization announced it would back a #MuteRKelly campaign, calling for the singer to account for accusations of sexual abuse and exploitation of primarily black women. He responded to the boycott calling it a “public lynching of a black man.”

Continue Reading
You may also like...
Related Topics:R. Kelly, spotify