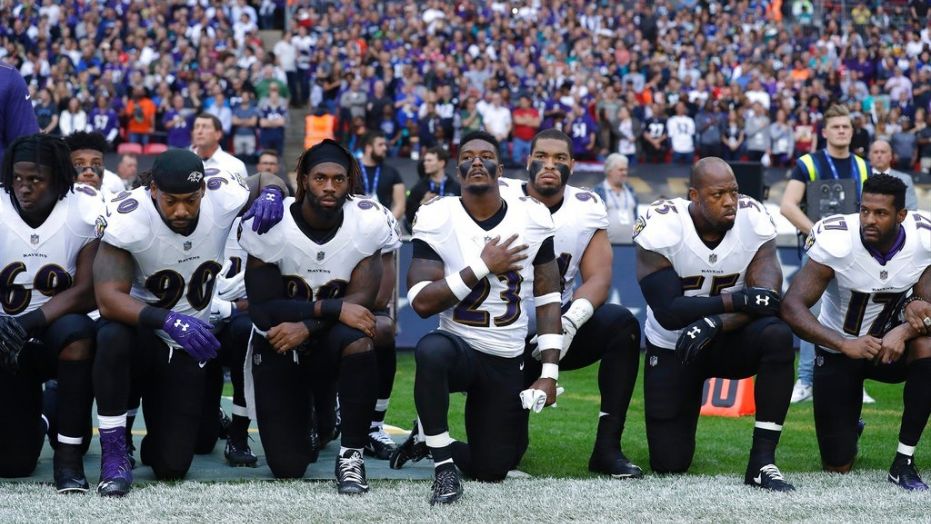 NFL Commissioner Roger Goodell announced Wednesday that the league’s players and personnel who are the sidelines will need to stand for the national anthem. The policy serves as a reaction to the nationwide backlash against some who took a knee to protest against police brutality and the mistreatment of people of color.

A statement from Goodell said team owners unanimously agreed that the NFL can fine a team whose players protest during the National Anthem and that each team will set its own rules regarding players who want to kneel.

The new policy also gives players the option to remain in the locker room if they don’t want to stand.

Previously, there had been no rule that prevented players from protesting.

“It was unfortunate that on-field protests created a false perception among many that thousands of NFL players were unpatriotic,” Goodell said. “This is not and was never the case.”

Former San Francisco 49ers quarterback Colin Kaepernick began kneeling during the national anthem in 2016. He has yet to be offered a contract and has filed a grievance against the NFL accusing owners of colluding against him.

Respecting the anthem will be paramount if you’re on the sideline. Teams can also set their own policies. Compromise all around. https://t.co/92UxRJzcXA

This was unanimously adopted by the teams, Roger Goodell said. “We want people to stand. We do believe that moment is important to focus on.” Also added he wanted to give players options. https://t.co/iUCYamJZco

Reuben Foster’s Ex Testifies She Lied About Domestic Violence Incident to Ruin His Career
LiAngelo Ball has private workouts with three teams, including the Lakers