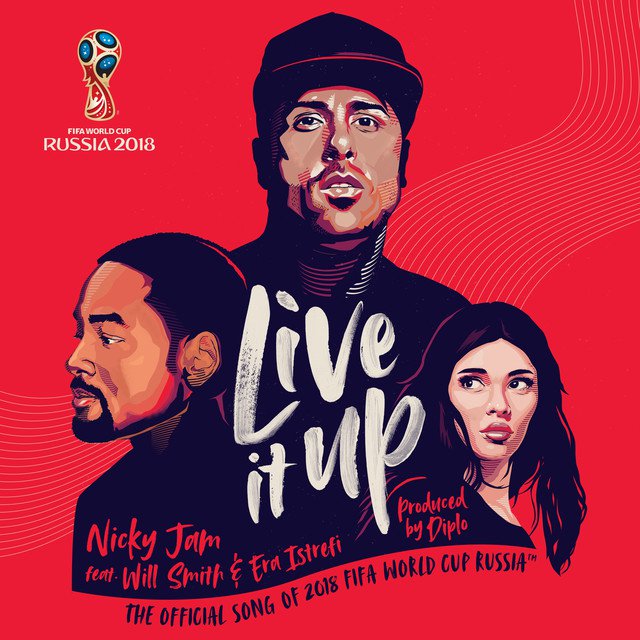 Will Smith has returned to music with “Live It Up,” the official song of the 2018 FIFA World Cup Russia. The track features Colombia-based reggaeton star Nicky Jam and Kosovar pop singer Era Istrefi. It was produced by Diplo, the US producer behind hits with his group Major Lazer.

“One life, one dream, one moment, one team, one you,” Smith raps. “Lights hot, thousands roadblocks, one shot, one truth, no fears, one flag, all year, we been waiting for this all year, where y’all at?”

In other news, Smith addressed longstanding rumors about his marriage to Jada Pinkett Smith during studio session where he raps, “Stop the divorce rumors and mind your damn business.”

Continue Reading
You may also like...
Related Topics:fifa, Will Smith