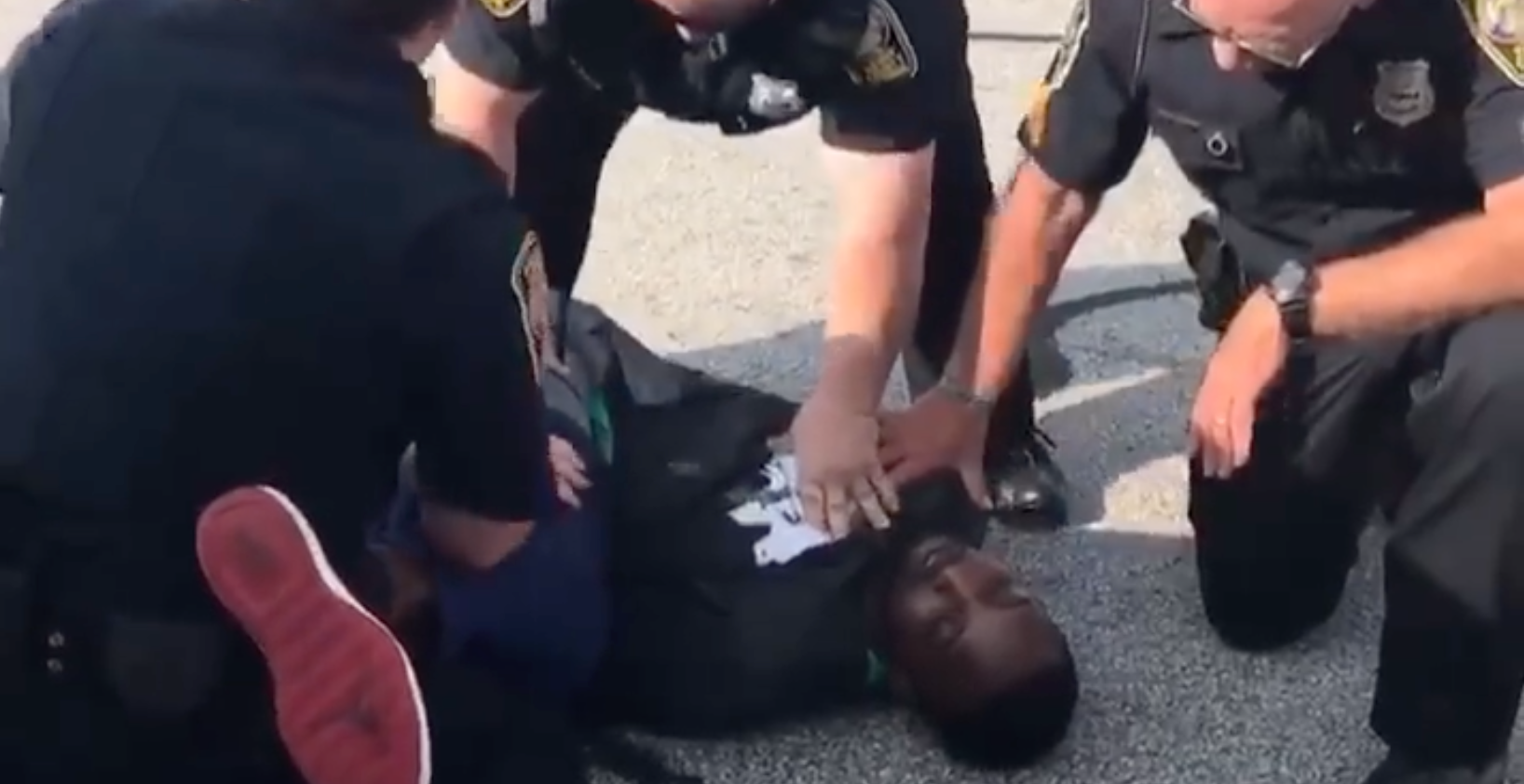 Georgia authorities announced on Thursday (May 10) that the officer who was caught on video choking former NFL player Desmond Marrow has been fired.

Marrow was arrested in December on misdemeanor charges of reckless and aggressive driving. Video taken by an anonymous bystander showed a group of officers slamming the 29-year-old’s head into the back of a truck before Officer David Rose choked him, seemingly making him lose consciousness.

The former Tampa Bay Buccaneers and Houston Texans player can be heard on video echoing the final words of Eric Garner, “I can’t breathe!”

Henry County Police Chief Mark Amerman said in a statement that Rose was fired because, in addition to using “unnecessary force,” he was caught on his own dashcam saying he would leave certain damning details out of his police report.

Henry County District Attorney Darius Patillo said it was his duty to drop several of the charges against Marrow, which included felony obstruction of an officer and making terroristic threats.

“We have reviewed the police reports, witness statements, 911 calls, audio and videos, as well as interviewed witnesses, and determined there is insufficient evidence to present any felony charges to a grand jury,” Patillo said in a statement.

Patillo added his office had transferred Marrow’s misdemeanor charges of reckless and aggressive driving to a solicitor general for review.