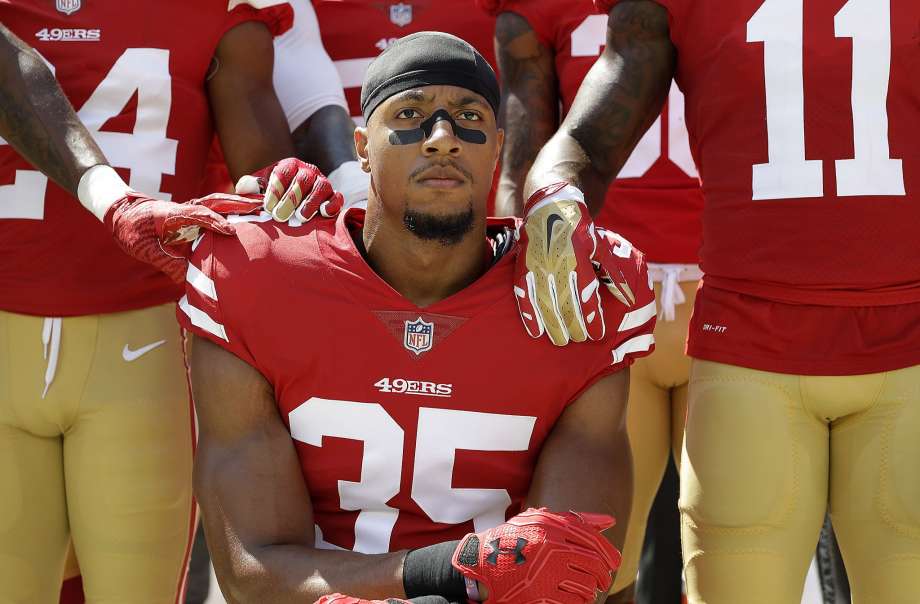 Pro Bowl safety Eric Reid is filing a collusion grievance against the NFL over his employment status, ESPN reports.

Reid is working with attorney Mark Geragos, who also represented his former teammate, Colin Kaepernick, in his collusion grievance against the league. The 26-year-old has gone throughout the current offseason without offers from teams to play. He’s said during the offseason that interest from NFL clubs was wavering due to his vocal opposition of police brutality in America.

Reid became a free agent in March after his rookie contract with the San Francisco expired. He was one of the first players to join Kaepernick two years in kneeling during the national anthem to protest injustice and racial inequality.

The NFL’s Player’s Association issued the following statement in response to Reid’s grievance:

“Our union is aware that Eric Reid and his legal representatives filed a collusion claim, which will be heard through the arbitration process as spelled out in our collective bargaining agreement. Our union supports Eric and we are considering other legal options to pursue.”