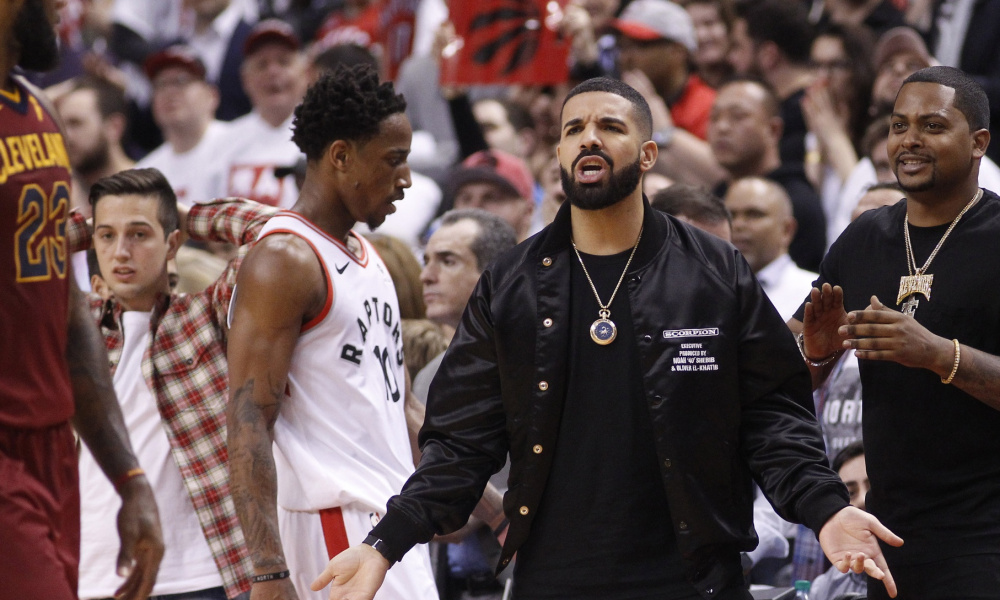 Perkins, who didn’t dress for the contest, exchanged words Drake as he passed by his courtside seat at halftime and after the game. Drake was later heard complaining that no one gets to speak to him like that.

In a text message to ESPN, Perkins said he told former teammate Serge Ibaka at halftime “‘We about to win this game,’ and Drake chimed in…So I said something back to him.”

The Raptors led most of the affair, but had a major collapse down the stretch, as LeBron James and company would finish them off 113-112 in overtime. Check out clips of the exchange below.

In a text message to ESPN, Kendrick Perkins says: “What happened was I was talking to my old teammate Serge (Ibaka) walking into halftime telling him ‘We about to win this game,’ and Drake butted in talking shit to me. So I said something back to him.” https://t.co/sJ3Ntx6zVy