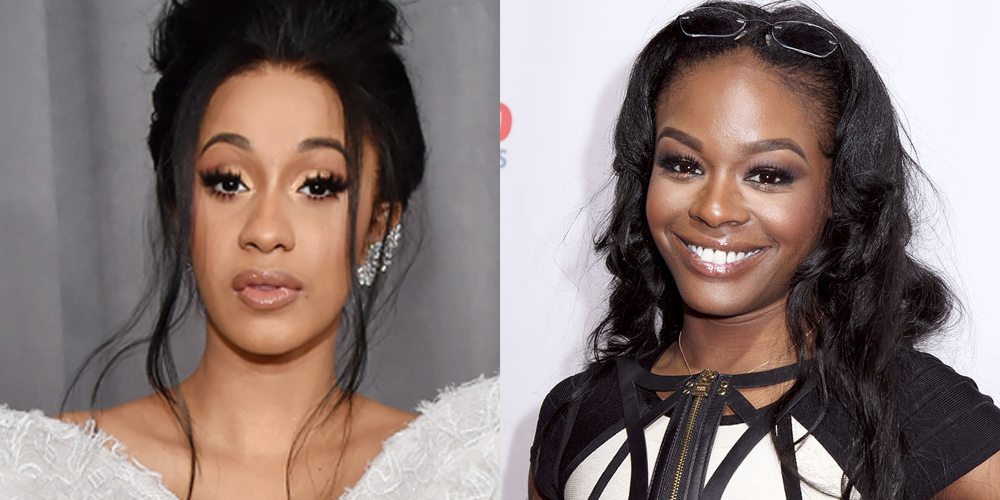 Cardi B fired back at Azealia Banks after she referred to her as a “caricature of a black woman” during her Breakfast Club interview on Friday (May 11). While speaking on the controversy that often overshadows her music, the “Anna Wintour “singer explained why she feels artists such as Cardi B have “lowered the bar” for female rappers.

“I’m just talking about this caricature of a black woman that black women themselves would never be able to get away with,” she said. “Like, if my spelling and grammar was that bad, I’d be canceled. If Nicki Minaj spelled like that, we would be ragging on her all day.”

Banks, 26, referring to Beyonce’s 2016 “Lemonade” album said “the conversation surrounding black women’s culture was really reaching an all-time high. Here was just this really, really, really intelligent conversation going on nationally and then everything just kind of changed and then it was like Cardi B.”

Before deleting her Instagram account, Cardi responded to Banks’s comments. Screenshots of her response were posted to social media.

“A woman who constantly finds joy in belittling black women (Beyonce, Rihanna, Skai Jackson, Remy Ma) cant tray and stand for them because it’s convenient! The difference between me and you, I’ve never pretended to represent someone I’m not!” the mom-to-be wrote.

“You busy trying to be a voice of reason and a representative for women of color when you can’t even reason with yourself,” she added. “You think you’re advocating for women and you’re doing the opposite! I pray you find peace in your own heart and reason in your own mind!”

Cardi then explained why she would never change her ways just because she’s famous.

“I’m from the hood. I speak how I speak I am how I am. I did not choose to be famous people choose me!”

“This is coming from a woman that bleached her skin but want to advocate,” she added.

Continue Reading
You may also like...
Related Topics:Azealia Banks, cardi b