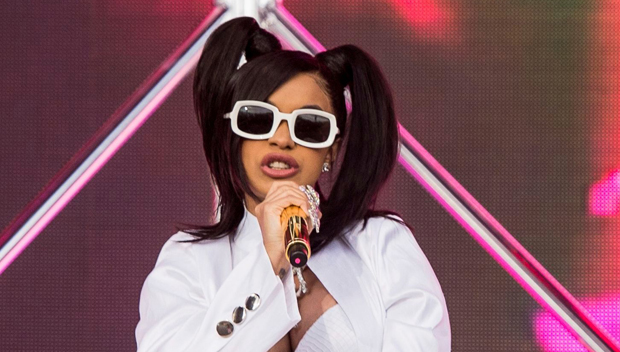 Following the release of her debut album, Invasion of Privacy, Cardi B took the stage at the 2018 Coachella Valley Music and Arts Festival.

The Bronx rapper, dressed in a white Lisa “Left Eyed Lopes-inspired outfit, bought out several musical guests featured on the project, including Chance the Rapper, YG, Kehlani, and 21 Savage. Bay Area rapper G-Eazy also joined her on stage for No Limit. Take a look at the videos below.

The love of my life, lil Chano from 79th. #CardiB #Coachella pic.twitter.com/fci1QSOWvU

Kehlani performing "Ring" with Cardi B at #Coachella pic.twitter.com/gGxpKC2OHv

Continue Reading
You may also like...
Related Topics:cardi b, featured