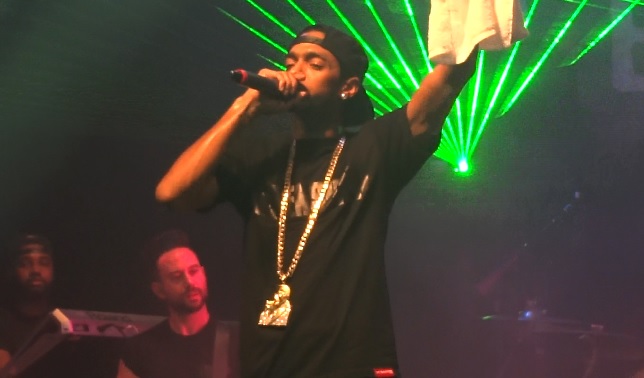 Kanye West may have the support of a few artists after professing his love for the alt-right and Donald Trump, Nipsey Hussle is not one of them.

Over the weekend, the Victory Lap rapper performed at the 2018 Broccoli City Festival in Washington D.C. where he sent a clear message to Kanye and No. 45. Nip’s set included a performance of his Trump diss record “FDT (F—k Donald Trump)” with photos of Kanye wearing his “MAGA (Make America Great Again) hat.

“Performed #FDT in Washington D.C Picture Speaking A thousand Words,” Nip captioned a photo of his set on Instagram. Check out the clip below.

Last week, Kanye became a trending topic on Twitter after writing, “You don’t have to agree with trump but the mob can’t make me not love him. “We are both dragon energy. He is my brother. I love everyone. I don’t agree with everything anyone does. That’s what makes us individuals. And we have the right to independent thought.”

On Friday (Apr. 27), Kanye released the track “Ye vs. the People” where he debates T.I. over his social media antics., police brutality, Trump, and more.

Do y’all think #KanyeWest is going to get a break anytime soon? #NipseyHussle performed “F**k Donald Trump” at the #BroccoliFest with Ye pic on several big screens. Thoughts?

Continue Reading
You may also like...
Related Topics:featured, Nipsey Hussle

Kanye West Debates T.I. About Trump’s Politics & More on New Track ‘Ye vs. The People’
Soulja Boy Returns to SoundCloud with ‘I Got The Yop on Me’: Listen