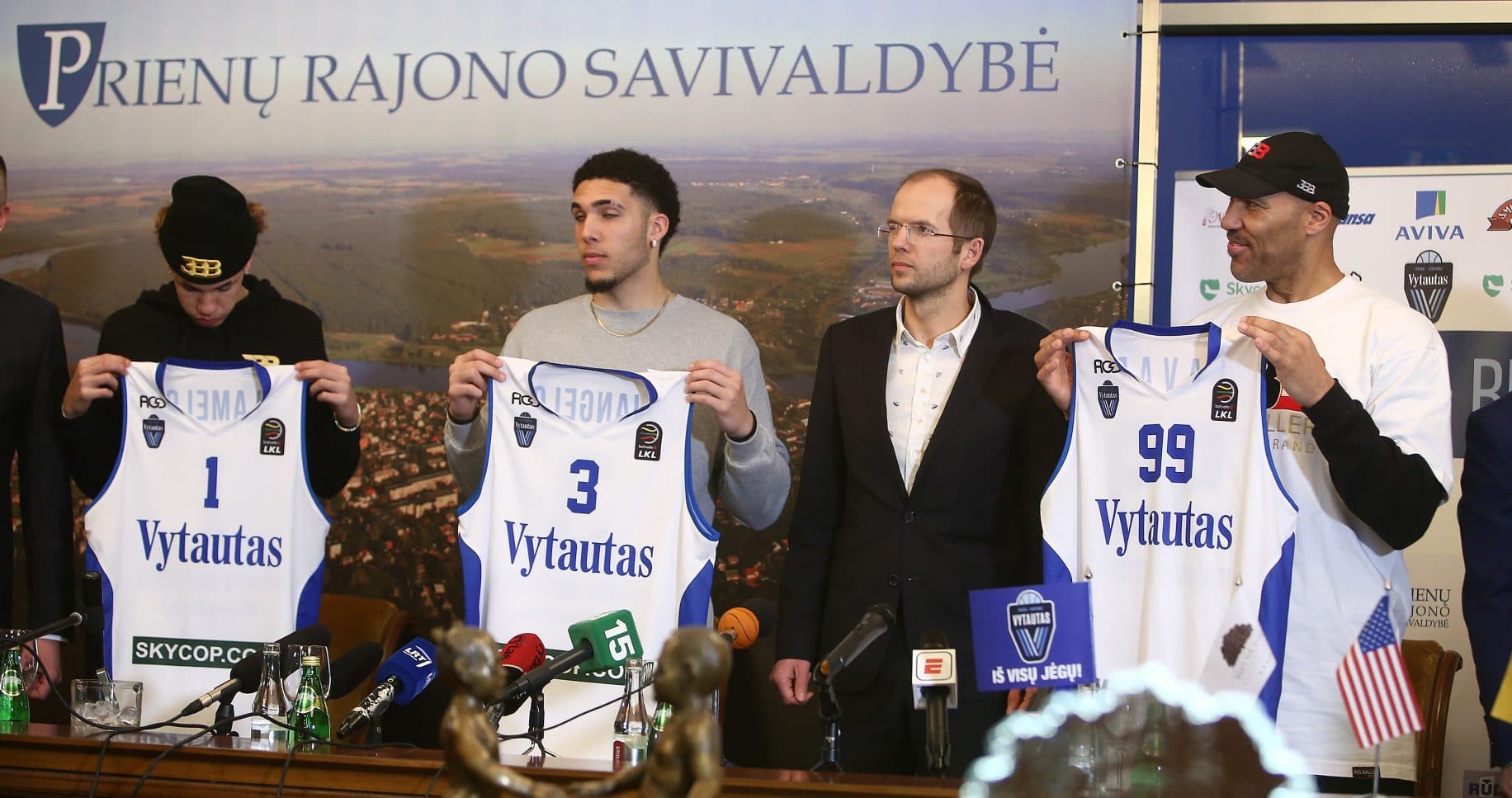 LiAngelo and LaMelo’s time in Lithuania has come to an end.

According to Lithuanian basketball journalist Donatas Urbonas, LaVar Ball is pulling his sons out of Lithuania with two LKL games left in the season after he allegedly couldn’t overcome issues with Vytautas head coach Virginijus Seskus.

Ball reality show comes to an end. BC Vytautas confirmed that Ball brothers are set to leave Lithuania next week, with two LKL regular season games left to play. BC Vytautas still will be fighting to avoid relegation.

The move comes after Vytautas announced the Ball brothers would not be playing in Wednesday’s game.

LiAngelo, who became a leading scorer in the LKL, had missed time recently due to an ankle injury, but LaMelo had not seen much playing time in top-league LKL action. This reportedly angered LaVar to the point where he had seen enough.

“We’re not going to waste our time no more”, LaVar said per Urbonas.

LaVar wanted to make it clear that the issues had nothing to do with Lithuania or the organization. He soley had a problem with the head coach.

LaMelo averaged just 12 minutes per game in LKL play, scoring 6.5 points on a dismal 26.8 percent shooting. While LiAngelo has declared for the NBA draft, LaMelo won’t be eligible for another two years.

“We’re not going to waste our time no more”, LaVar told. LiAngelo injured his ankle, LaMelo didn’t get any playing time, so LaVar decided to take all his sons back to LA. Lonzo is visiting his family in Prienai right now. They’re set to leave Sunday-Monday.

LaVar added that they had to shut down Gelo for the season in order to prepare better for NBA draft combine, pre-draft camps and so on. But he was mad that Melo didn’t get any playing time in the end of the season

LaVar Ball told he was happy with the Lithuania, its people and BC Vytautas organization: “I just didn’t get along with the coach”