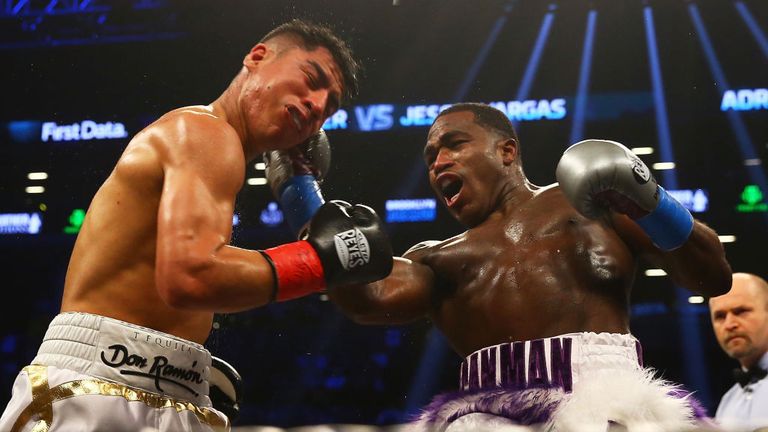 Adrien Broner found himself in one of the biggest welterweight bouts Saturday night.  The former four-division champion may have put his career back on track after forcing a majority draw against Jesse Vargas in a thrilling 144-pound catchweight bout in front of nearly 14,000 fans at the Barclays Center in Brooklyn.

Throughout the early rounds, Vargas, 28, dominated the fight, throwing 332 more punches than Broner. However, heavy fatigue set in enabling Broner, 28, to clean up his scorecard in the later rounds.

“I want to thank Jessie Vargas — he’s a two-time world champion for a reason,” Broner said. “He came to fight but at the end of the day, you all know I beat him. Point blank, period.

💪🏾 I’m always a winner in they eyes❤️❤️❤️#DaddyLoveYall

Continue Reading
You may also like...
Related Topics:Adrien Broner