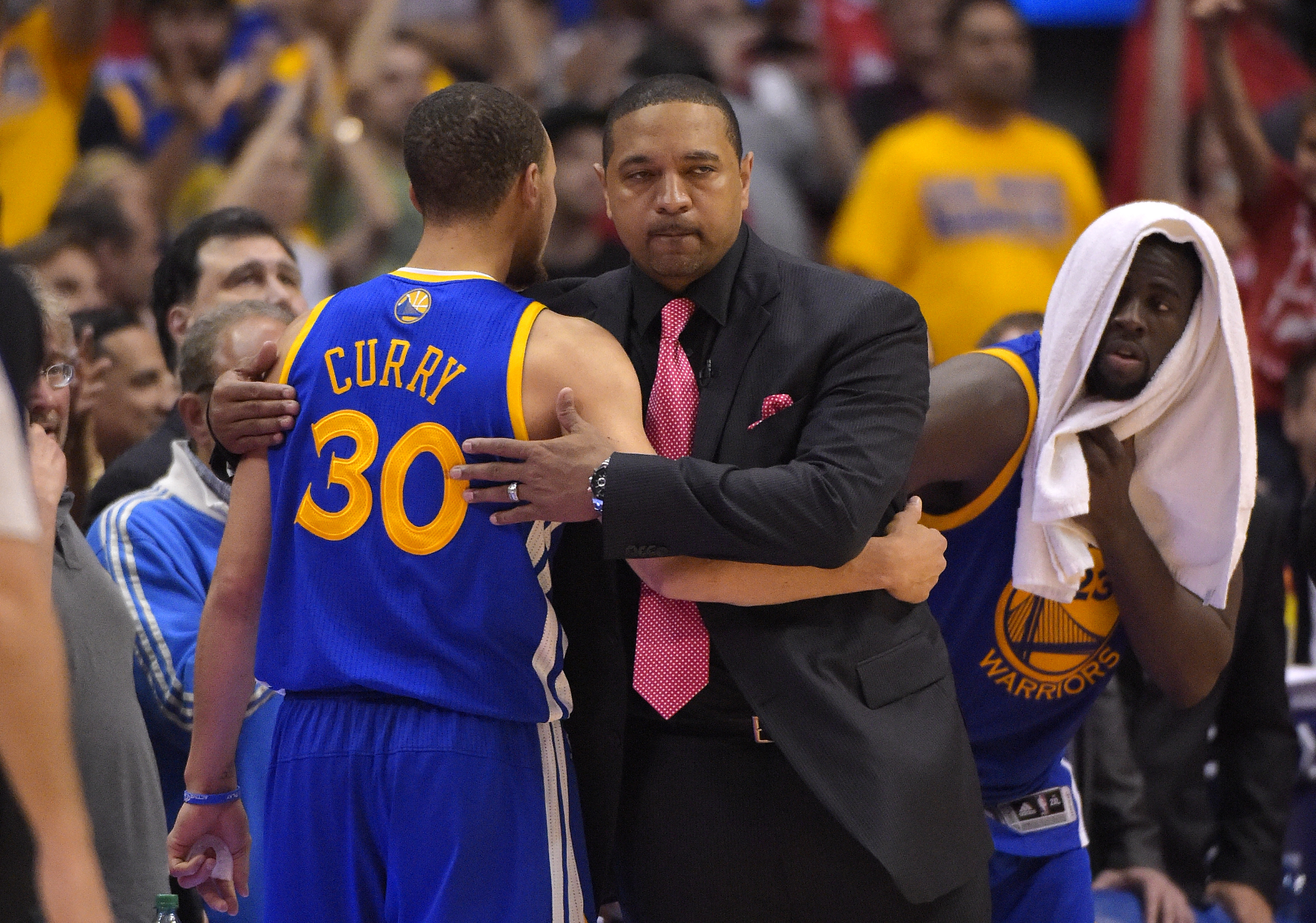 According to Marc Stein of The New York Times, Jackson “keeps coming up as a hot name to succeed Hornacek, amid a growing belief the Knicks’ new front-office chief — Scott Perry — will want to install his own hand-picked choice heading into next season.”

“It’s difficult to fault Hornacek for much of the chaos that has engulfed the Knicks during his two seasons in charge,” Stein added. “But there’s no avoiding the fact he was a Phil Jackson selection, which could well doom him now that the organization seems intent on cutting every non-Porzingian tie to the Phil era as possible.”

Jackson, a New York native, was a standout guard at St. John and was later selected by the Knicks in the first round of the 1987 draft. As head coach, he helped turn the Warriors around going from 23-43 to 51-31 in 2013-2014. However, he was ultimately replaced by Steve Kerr.