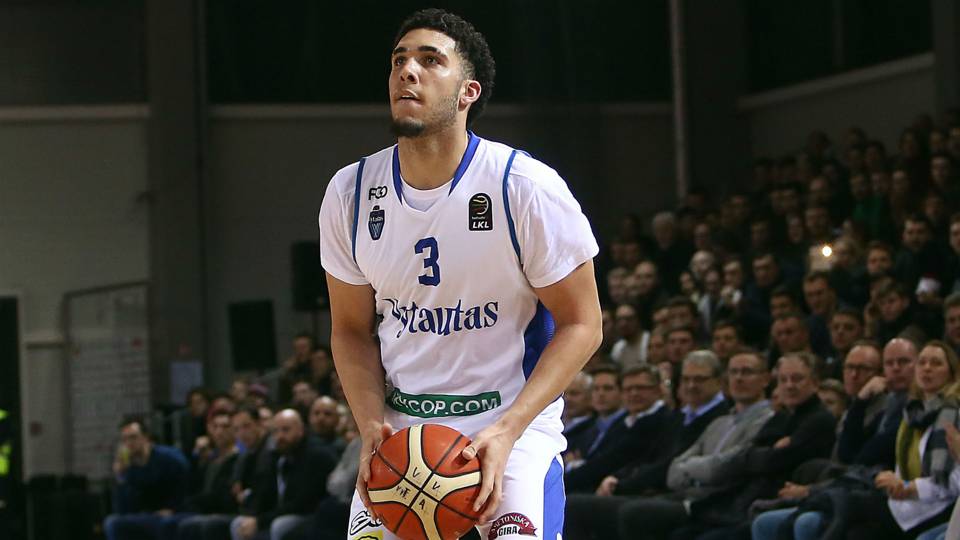 LiAngelo Ball has officially declared for the 2018 NBA draft, according to his agent Harrison Gaines.

Gaines told Yahoo! Sports that the 19-year-old has formally submitted early-entry paperwork to enter the June draft. Ball, who currently plays professionally for the Lithuanian team Vytautas Prienu, parted ways with UCLA in December following a shoplifting scandal in China. He and his younger brother LaMelo Ball joined Vytautas in January on one-year contracts.

This move is a no-brainer for LiAngelo, but there are no expectations that he will be selected in either round, despite his social media fame. Before the China shoplifting scandal, Ball was slated to come off the bench for the UCLA Bruins this season. He has averaged about 16 points, three rebounds, and less than one assist—all while shooting 44% from the floor and 45% behind the arc.

Back in February, LiAngelo’s father, LaVar Ball,  said if the Lakers don’t let the two brothers join their eldest sibling Lonzo in LA then he would leave the team.

“I want all my three boys to play for the Lakers,” LaVar told Lithuanian basketball journalist Donatas Urbonas. “But if that does not happen, I’m telling you the story what’s gonna happen first. If they don’t take Gelo this year, I bring back Gelo here (Prienai in Lithuania) to play with Melo for two years. Lonzo will be on his third year and I want to let every NBA team know, that Lonzo is not going to re-sign with the Lakers but will go to any team that will take all of my three boys. That’s my plan.