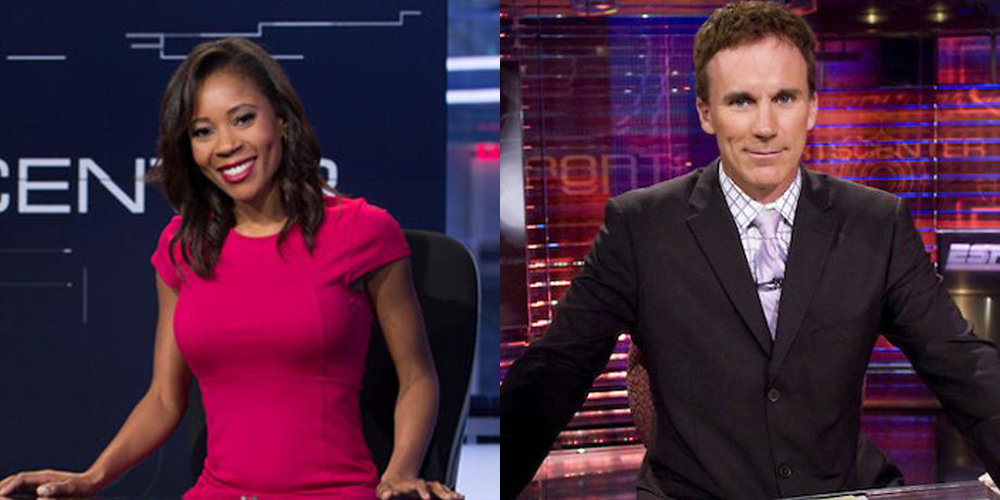 Lawrence says she was terminated after complaining about Buccigross’ behavior and that of other men. The lawsuit, which was filed in a federal court in Connecticut on Monday, includes text exchanges, one of which Buccigross sent Lawrence a shirtless photo of himself with the caption “I’m a white boy and I’m jacked.”

The lawsuit contends that Lawrence’s experiences fit a decade-long pattern of disregard for female employees at ESPN. The complaint raises the following accusations against ESPN’s male executives, producers, and on-air talent:

“It was an open secret at ESPN that certain female on-air talent provided sexual favors to management in exchange for on-air opportunities,” the suit states. “Women at ESPN are to be objects accessible to their male counterparts without objection.”

A spokesman for ESPN denied the allegations and said Lawrence was not retained at the network because her two-year fellowship had come to an end.

“We conducted a thorough investigation of the claims Adrienne Lawrence surfaced to ESPN and they are entirely without merit,” the network said. “Ms. Lawrence was hired into a two-year talent development program and was told that her contract would not be renewed at the conclusion of the training program. At that same time, ESPN also told 100 other talent with substantially more experience, that their contracts would not be renewed. The company will vigorously defend its position and we are confident we will prevail in court.”

Continue Reading
You may also like...
Related Topics:Adrienne Lawrence, ESPN