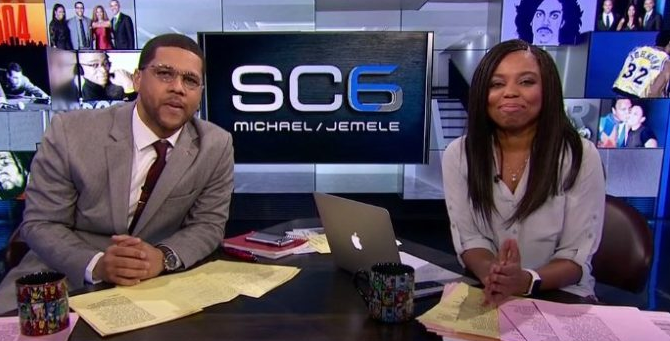 Michael Smith is leaving ESPN’s SportsCenter 6 just over a month after his former co-host, Jemele Hill, departed the program for ESPN’s website The Undefeated. Sports Illustrated reports that Smith’s last day will be this Friday, March 9.

Like Hill, Smith still has multiple years left on his ESPN contract, so more than likely he’ll stay with the network in some capacity. Sage Steele and John Anderson, who currently host SportsCenter at night, are the most likely replacements for Hill and Smith.

Hill left the network in January after she criticized Trump and his administration multiple times in an apparent violation of ESPN’s social media policy. In September, she called Trump a “white supremacist who has largely surrounded himself with other white supremacists.” She later encouraged her Twitter followers to boycott the advertisers who work with Dallas Cowboys owner Jerry Jones after saying he would bench any player who kneeled during the national anthem. Hill was suspended two weeks in October for the comments. While speaking with TMZ, she admitted that she put “ESPN in a bad spot” but did not regret or take back what she said.