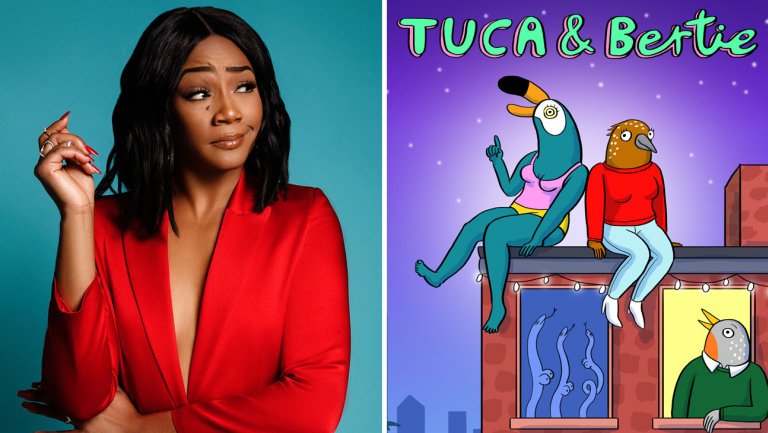 Following a breakout year in 2017, Girls Trip star Tiffany Haddish is plotting another takeover. According to Variety, Haddish will star in Tuca & Bernie, a new animated series from the creators of BoJack Horseman.

The show is described as a “comedy about the friendship between two 30-year-old bird women who live in the same apartment building. Haddish, who is also serving as executive producer, will voice Tuca, “a cocky, care-free toucan.” The role for Bertie, “an anxious, daydreaming songbird,” has yet to be announced.

Tuca & Bernie was created by Lisa Hanawalt, the production designer and producer on Netflix’s critically acclaimed animated series BoJack Horseman. Raphael Bob-Waksberg, the creator of “BoJack” will executive produce along with “BoJack” executive producers Noel Bright and Steven A. Cohen. The series has received a 10-episode order.

Continue Reading
You may also like...
Related Topics:featured, Tiffany Haddish