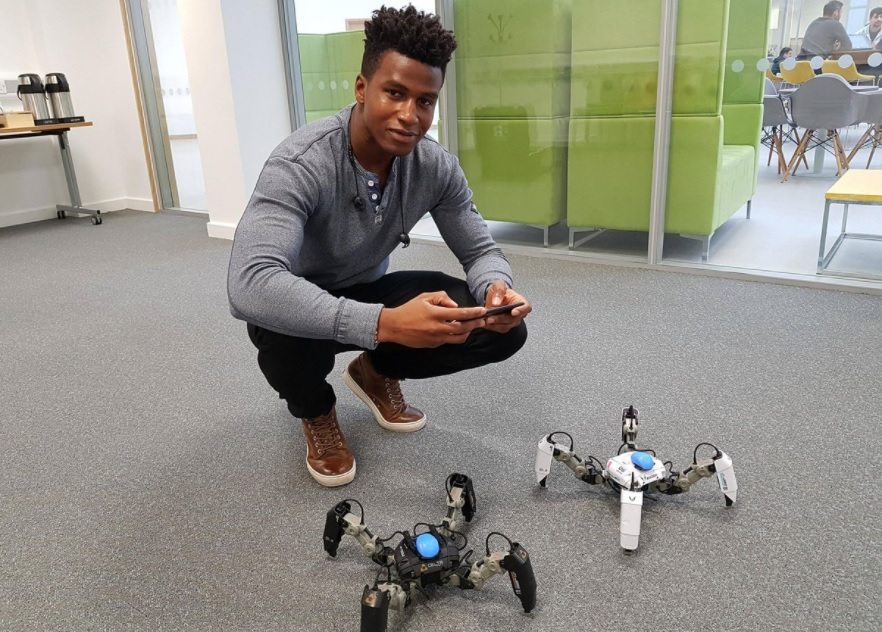 Silas Adekunle, the founder/CEO of Reach Robotics and developer of the world’s first augmented reality gaming robots, has inked an exclusive deal with Apple.

According to Forbes, Adekunle’s line of robots—dubbed MekaMons—will be sold at Apple stores and will allow customers to be hands-on with augmented reality. The robots can be controlled with smartphones and multiple players can use their robots to battle each other through its Bluetooth functionality.

The 26-year-old British/Nigerian entrepreneur created Reach Robotos as an avenue to intertwine gaming with STEM education. He reportedly spent four years developing the product and oversaw a team of robotics specialists, video game designers, and engineers to bring his vision to fruition.

MekaMons are already available in Apple stores throughout the U.S., the UK, and online.

Continue Reading
You may also like...
Related Topics:Silas Adekunle