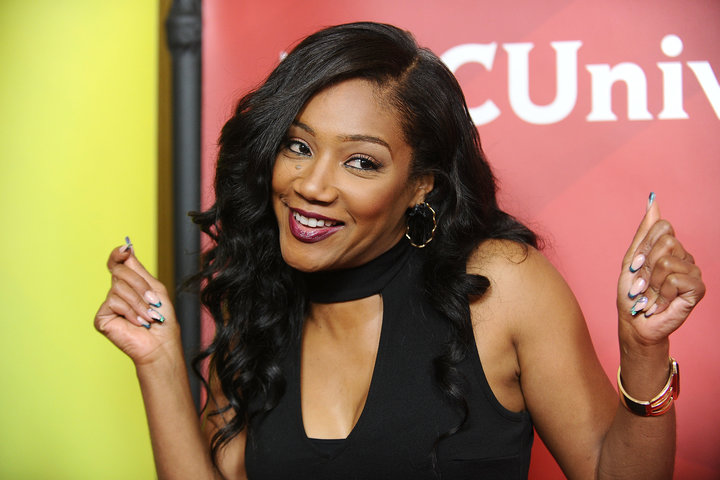 The American Black Film Festival celebrated its second year on Sunday night by recognizing the excellence of some of today’s black filmmakers and remembering the iconic work of the past. The event, hosted by Cedric The Entertainer, honored the likes of Tiffany Haddish, Ava DuVernay, Omari Hardwick, Billy Dee Williams, and more.

Members of the cast of Martin received the classic television award. Martin Lawrence, Tichina Arnold, and Carl Payne II took to the stage, but in a surprise moment for the cast, Tisha Campbell-Martin, who played Gina on the comedy series, appeared on stage just as they began their acceptance speech.

“I know you want to know about #Reboot but, for us, the most important thing is the #Reconnection,” Campbell-Martin said, addressing the rumors of a reboot of the 90s classic. According to PageSix, the actress skipped the red carpet and did not sit in audience due to emotional distress from the split from her husband Duane Martin last week.

Another SWEET year! Congratulations to Queen Sugar for winning Television Show of the Year Drama for a second year in a row at American Black Film Festival Honors! #ABFFHonors #GimmeSugar pic.twitter.com/0gBuQwjnYS