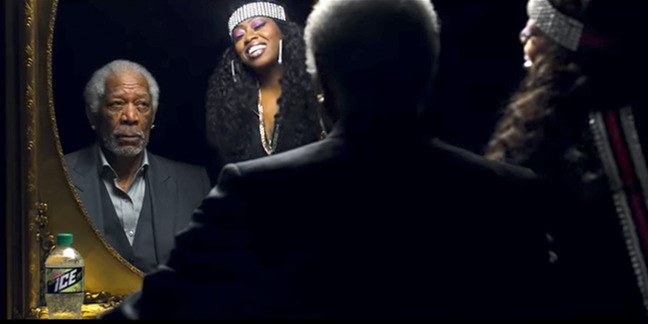 Mountain Dew and Doritos have teamed up for a Super Bowl commercial, and they’ve called on a few famous faces to help.

The new ad which promotes the brand’s latest creations—Mountain Dew Ice (a lemon-lime beverage) and Doritos Black (a hot and spicy variation of the chip)—find rappers Missy Elliott and Busta Rhymes serving as mentors to actors Morgan Freeman (The Bucket List) and Peter Dinklage (Games of Thrones) as they prepare for an epic tongue-twister battle.

The whole thing will air during the 2018 Super Bowl game between the New England Patriots and the Philadelphia Eagles on February 4.

The first clip shows Peter and Morgan squaring up in a dark room.

“Peter Piper picked a peck of pickled peppers,” Morgan says to himself in the mirror, while Missy stands behind him. “A little bit louder,” she tells him. “I need conviction. I need to feel it!”