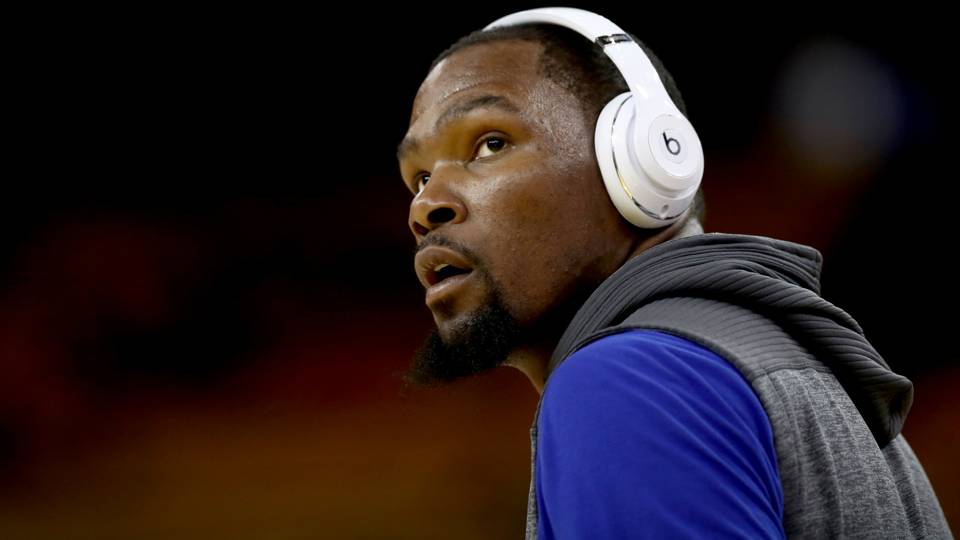 According to ESPN’s Chris Haynes, Durant’s desire to own a team has intensified since joining the Warriors.  Over the past year, he and his business partner Rich Kleiman have met with several owners and tech CEOs and have made a serious effort of strategically positioning themselves in front of the most influential business figures in the Bay Area.

“This is a genuine goal of his after he retires, to add another African-American in the position of majority ownership, a source told ESPN.” As of now, Michael Jordan is the only African-American who holds that title.

In an interview with ESPN last week, Durant explained why he feels ownership and equality are important.

“MJ was the first big Nike athlete, the biggest star of his time, but if you don’t have the trajectory, that path, that journey, it’s going to be hard to do what he did,” Durant said. “But you can still affect the NBA and the game of basketball in a different way. You don’t have to be an owner. I think it should be more guys in the positions of power like general managers and scouts and coaches. Anything that involves the day-to-day operations of these franchises. I think more players and more experienced players should be in those positions.”

“We’re paid for what we can do on the basketball court and most players know these paychecks are not going to come on the first and 15th for the rest of our lives,” he said. “If we get a big sum of money, why not try to help it grow? That’s what entrepreneurs and Fortune-500 CEOs do. They get a crop of money and they try to grow it. They get a product and they try to grow it. We’re our own business. Why not try to control that and why not try to leverage that to provide a better life after you’re done playing? That’s what it’s about.”

ESPN Sources: Kevin Durant has initiated the process of positioning himself to own an NBA team following his playing career. https://t.co/vbhn0TOj15