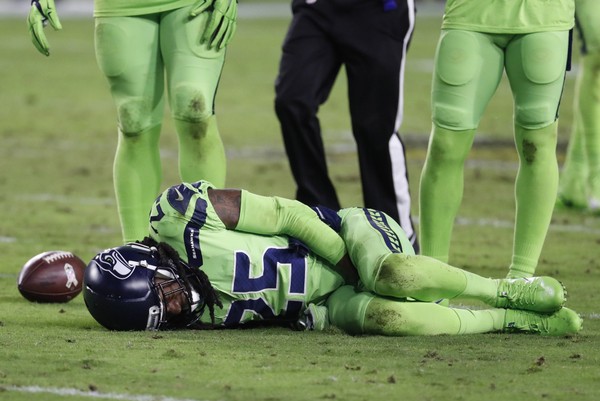 Sad day for fans of the Seattle Seahawks. Cornerback Richard Sherman is out for the season after rupturing his Achilles during the team’s 22-16 win over the Arizona Cardinals on Thursday (Nov. 9). Sherman went down in the third quarter after tackling Arizona receiver John Brown.

Sherman walked away after the injury, but it appears that he knew something was wrong as soon as he stood up. Following an examination, Seahawks coach Peter Carroll announced the injury, revealing that Sherman ruptured his Achilles.

As he alluded to on the sidelines, #Seahawks CB Richard Sherman does have a ruptured Achilles, coach Pete Carroll said. “The doctors were clear about it.” Ugh.

Sherman told reporters this injury has been bothering him since the Seahawks game against the Rams on Oct. 8.

Richard Sherman said his Achilles had been bothering him since Rams game. Figured it would rupture eventually but wanted to keep playing for #Seahawks teammates. Heard it pop tonight. Out for year. pic.twitter.com/oJDaqCWlCu