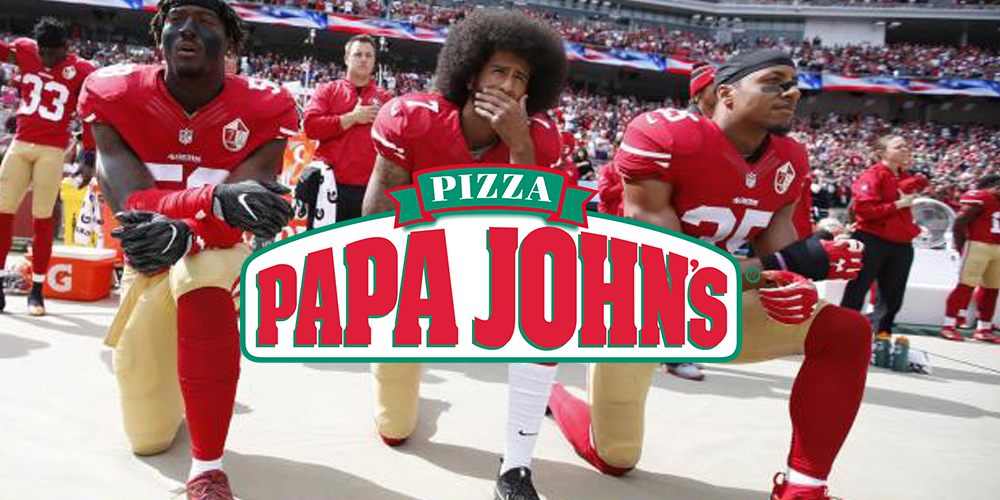 Papa Johns, the official pizza company of the NFL, is blaming national anthem protest for the company’s lackluster sales.

“The NFL has hurt us,” company founder and CEO John Schnatter said on Wednesday (Nov. 1), per ESPN. “We are disappointed the NFL and its leadership did not resolve this.”

Executives said the combination of declining NFL Viewership and negative consumer sentiment associated with the league has caused sales to slump. Although executives didn’t disclose how much money the company lost from its association with the NFL, a report from CNBC says that shares fell more than 11% on Wednesday.

“Leadership starts at the top, and this is an example of poor leadership,” Schnatter said.

The NFL national anthem protests have been ongoing since Colin Kaepernick started the movement in 2016 to bring attention to social injustice and police brutality.

As the New York Times pointed out in September, other NFL sponsors such as Anheuser-Busch and Nike have been more susceptible to the anthem protest, and have not blamed their business failings on black athletes using their platform to fight for change.

See the Twitter reactions to Papa John’s comments below.

Get over yourself @PapaJohns. Your pizza is average and you refuse to pay your employees a living wage. https://t.co/zvcUwAq5PN

Papa Johns is blaming their pizza sales decline on black NFL players kneeling. What a time to be alive. ‍♂️

Papa Johns, you blaming your decline in sales on players kneeling is absolutely ridiculous. Let's talk about your mediocre pizza

Papa Johns sales are down because only bigots love pizza that tastes like regret.