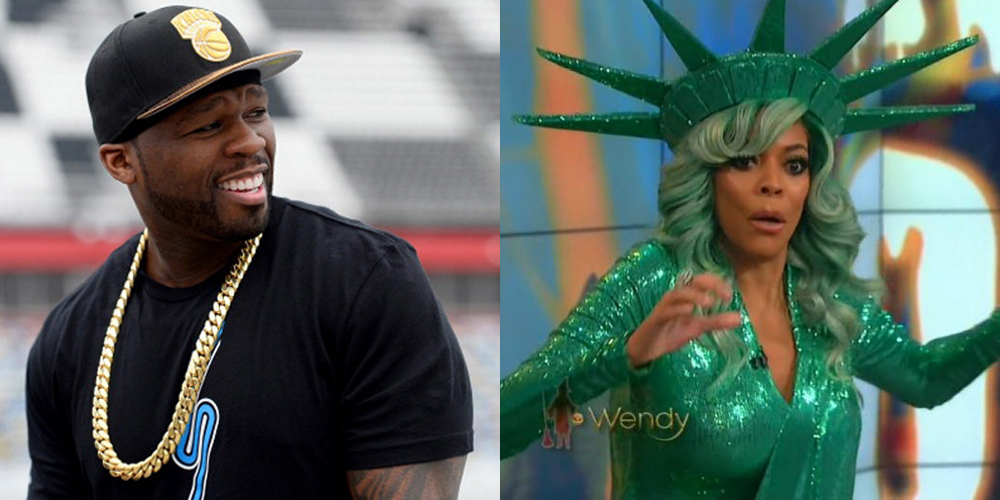 50 Cent and Wendy Williams have been at war with each other on social media for the past couple of weeks.

It all began when Wendy told 50 “get his life together” after his son Marquise called him out for announcing a “child support party” to celebrate no longer having to pay child support.

Fif clapped back at Wendy by roasting her image, calling her an ugly motherfucker among other things.

Although the rapper has since apologized for the announcement, he has continued to mock the talk show host on Instagram, and with her recently passing out on live television Tuesday, Fif doesn’t seem to be letting up anytime soon.

“What is this‍ it just looks like bad acting to me. LOL, he wrote on IG. “She said she overheated in her costume. #50centralbet”

He later shared a viral meme of the footage showing Wendy collapsing with the caption, “when you talk shit online and run into the person in real life.”

Check out both clips below.

What is this‍♂it just looks like bad acting to me. LOL she said she over heated in her costume. #50centralbet