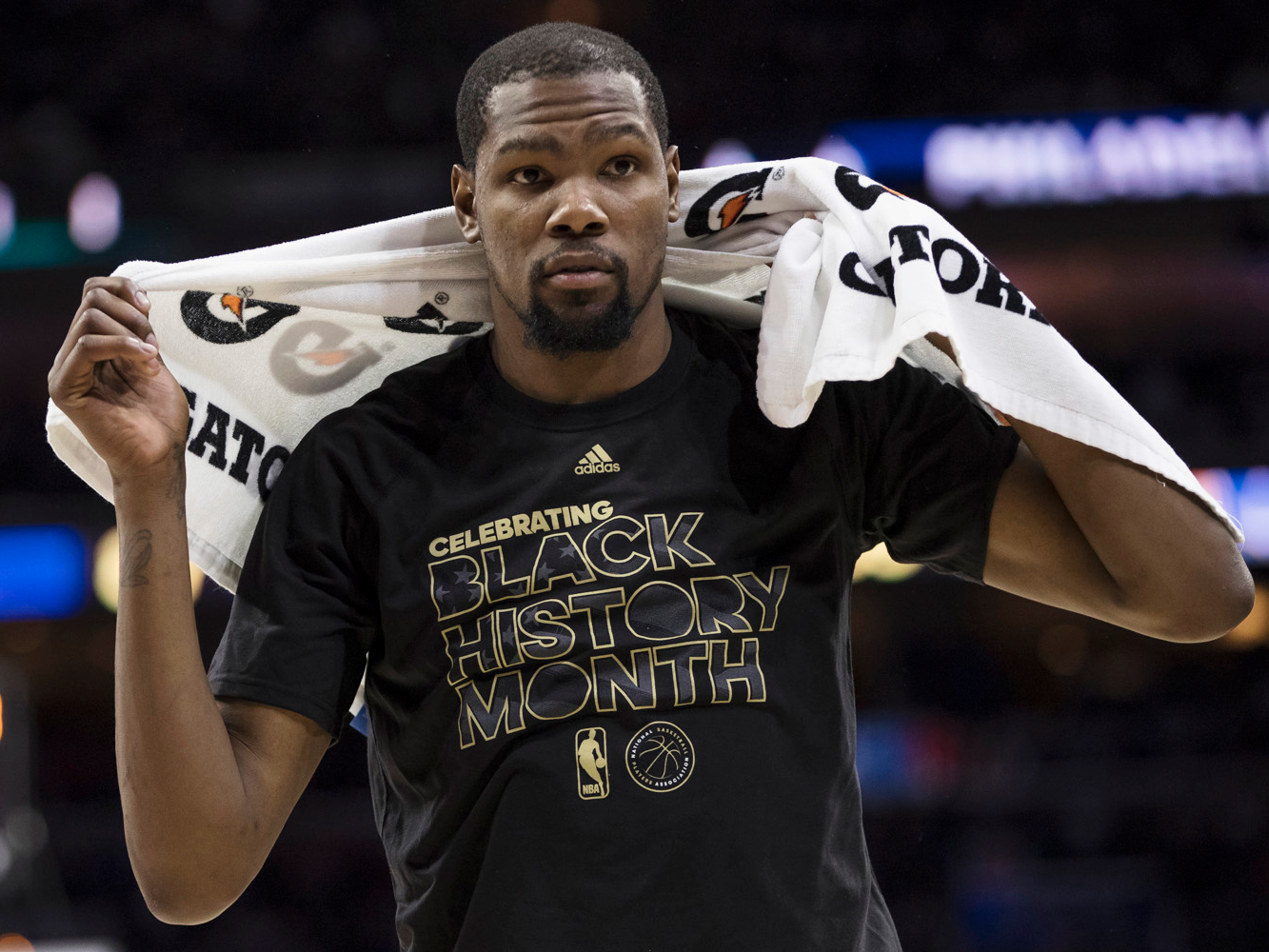 Golden State Warriors star Kevin Durant spoke with Logan Murdock of the San Jose Mercury news Monday (Nov. 27) about a number of issues, including being black in America and his ability to make an impact as a professional athlete.

Since joining the Warriors, Durant said he has become more aware of race and the difficulties black men often face:

“Finally waking up, to be honest. Just kind of seeing how rough it is for an average black man, you know what I’m saying? And on top of that, a black man makes one mistake … I see how far we get pushed down. For me, I kind of grew up in this basketball world, whereas my talent kind of overrides what I look like.”

“I didn’t have it as rough when it comes to that, as far as social or systematic oppression or any social issues. They didn’t really apply to me because I could put a ball in a basket. Just me saying that kind of woke me up a little bit, like ‘Damn, that’s all I’m good for?’ Like, if I wasn’t a basketball player, what kind of man would they look at me as, you know what I’m saying?”

Durant told Murdock that he’s hopeful he can serve as an inspiration through his actions, and he’s also aware of how often black men get categorized or stereotyped off one mistake:

“In terms of what value can I bring to you outside of playing basketball. I bring a lot of value to people as far as how I treat them, how I encourage them, how I just try to be a good person to them. I feel there’s like a lot of black men that have those traits, but they often just get stereotyped or judged off of one incident or not given a second chance.

“So if I find something that’s empowering to people that look like me, I just try to send a subtle message that I got your back and I hear you and I try to inspire you as much as I can from just being in this world as a black man coming up, even though I was looked at and viewed a little differently for it. But I’m still a black man. I understand where you’re coming from.”

You just see he [Kaepernick] touched something in people that we didn’t know was there. I posted a picture of him on my Instagram, and the comments under that were ridiculous. The stuff that people were saying about him over that was ridiculous. He brought something out of people that they’d been hiding for a long, long time that needed to be revealed. I’d rather you tell me that you don’t like me because of my skin than hide that sh-t. So he kind of touched a nerve and the outrage from it made me a fan of him just because he decided to take all that on, but also tell a message of, “Yo man. Just treat us fair, treat us equal, we’re people too. We’re not less than you because we don’t look like you.”

Continue Reading
You may also like...
Related Topics:featured, Kevin Durant