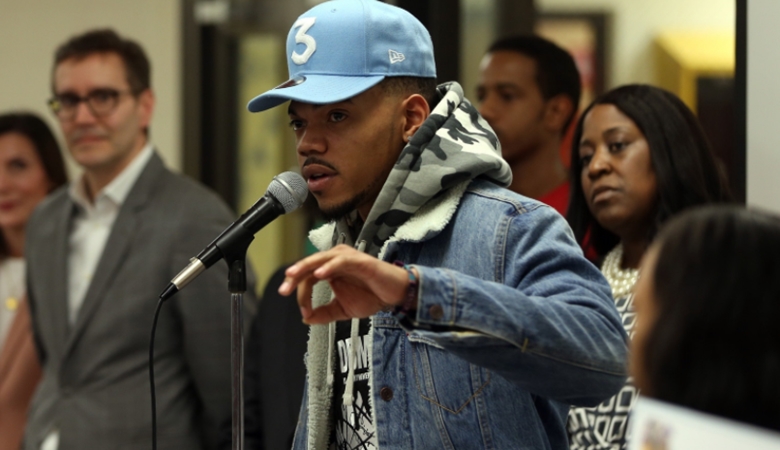 Chance The Rapper is doing his part to ensure the children in Chicago get the proper education through the city’s public school system. Earlier this year, he donated $1 million of his own money to different schools throughout the Chi. Now, he’s taking his concern directly to the city’s alderman.

The 24-year-old was spotted at a city hall meeting on Wednesday (Nov. 8) speaking out against the city’s planned development of a $95 million police academy in Garfield Park. Chance stood alongside activists such as the VOYCE Project, For the People, Assata’s Daughters, and others protesting under the banner of #NoCopAcademy.

“I guess the mayor had to step out, but it’s cool, it’s cool because I’m here to talk to you guys right now,” Chance said before his speech. “It’s a very simple thing you guys have to do, we should understand financially that this proposed plan doesn’t make sense. We don’t have $95 million…there are a lot of different services that need to be funded.”

Emanuel’s administration claims that the new complex is being built to address the concerns of the Justice Department.

Take a look at Chance addressing the city council below.

Continue Reading
You may also like...
Related Topics:Chance the rapper, Chicago, featured