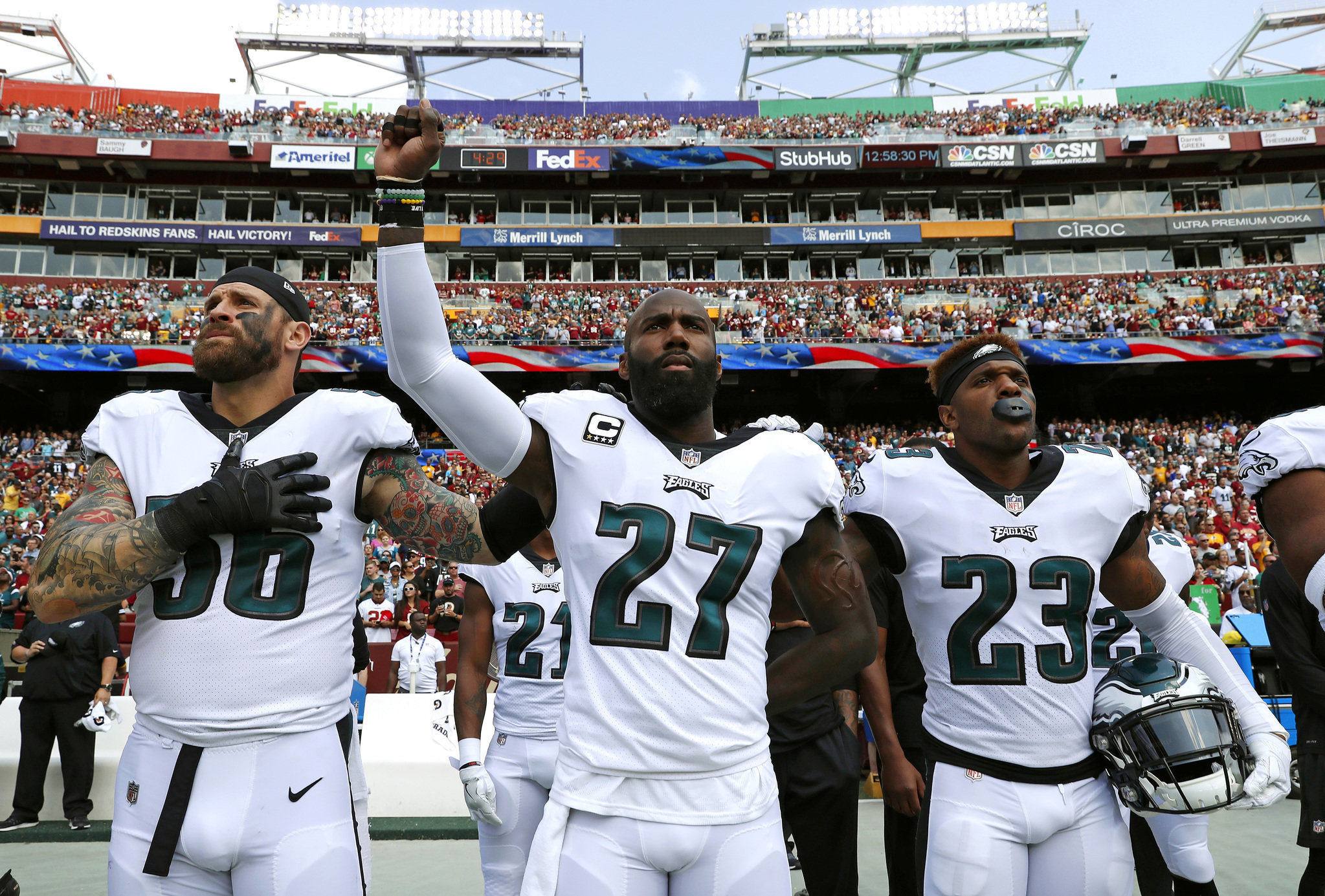 On the heels of Bob McNair’s controversial “inmates running the prison” comments, a proposed meeting between NFL owners and players to discuss social justice initiatives has been canceled.

Philadelphia Eagles safety Malcolm Jenkins, one of the founding members of The Players Coalition, said: “the league didn’t accept our invitation.”

According to Jenkins, the goal of the meeting would be to discuss “immediate concerns before additional progress can be made” around sports’ role in social and political issues facing the country.

The 11-player coalition proposed to meet Monday in Philadelphia but the league cited scheduling and logistical issues.

“At this point, the ball is in their court,” Jenkins said. “We’ll continue to do what we’ve been doing. Guys are working around the league.”

League spokesman Brian McCarthy said, per USA Today Sports, “nothing is set, but the league is eager to continue the dialogue with the players.”

Last week, the NFL and players met in New York to discuss player demonstrations during the national anthem and other issues.

“They want to get back to football; we want to move past anthem demonstrations,” Jenkins said. “But to do that, we need to be able to replace the platform that we have.”

Jenkins is requesting a venue outside the stadium and not during the anthem for athletes to raise awareness of social issues.

“We don’t really enjoy doing this,” Jenkins said. “We’d love to have a different platform and we think that’s something we could work collaboratively with the NFL to create, to actually draw awareness to the issues we’re doing, to use the NFL as a vehicle to make real change.”