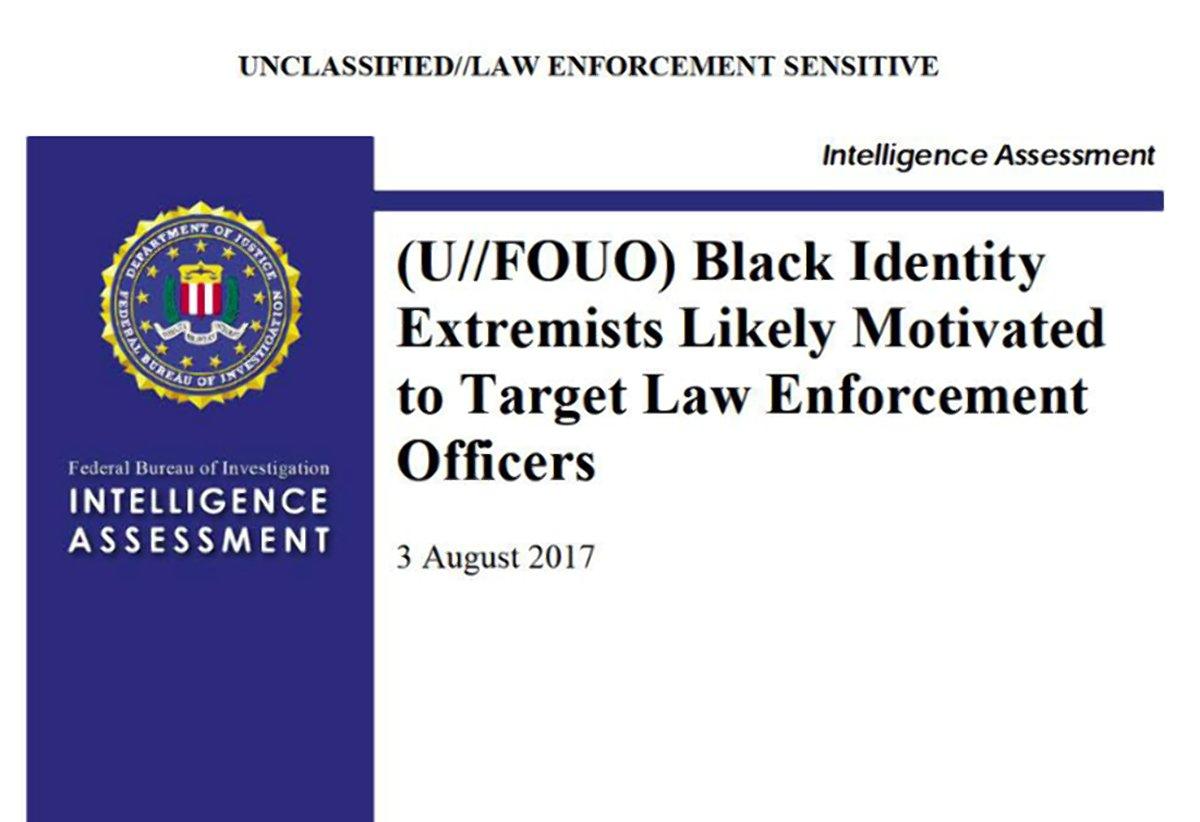 As if J. Edgar Hoover’s attempt to prevent the “rise of a black messiah” in the 1960s wasn’t enough, a leaked document has surfaced showing the FBI has declared that “black identity extremists” are a violent threat because of their views on police brutality toward African-Americans.

The document, which comes from the agency’s Domestic Terrorism Analysis unit, was obtained by Foreign Policy magazine.

It shows that the F.B.I. isn’t monitoring the rise of white nationalism, but is keeping a close eye on black rights activists, from movements such as Black Lives Matter.

“The FBI assesses it is very likely Black Identity Extremist (BIE) perceptions of police brutality against African Americans spurred an increase in premeditated, retaliatory lethal violence against law enforcement and will very likely serve as justification for such violence,” it reads.

The agency cited the 2014 shooting of Michael Brown and cop killer Micah Johnson as a catalyst, saying it was “likely the BIE suspects acted in retaliation for perceived past police brutality incidents.”

“They are grouping together Black Panthers, black nationalists, and Washitaw Nation,” he told the magazine.

The report is dated August 3, just over a week before the white supremacist rally in Charlottesville, Va.

Update: Nelly Released Without Charges After Rape Arrest
Lawsuit Claims Honor Roll Student Was Expelled For Not Standing During Pledge of Allegiance