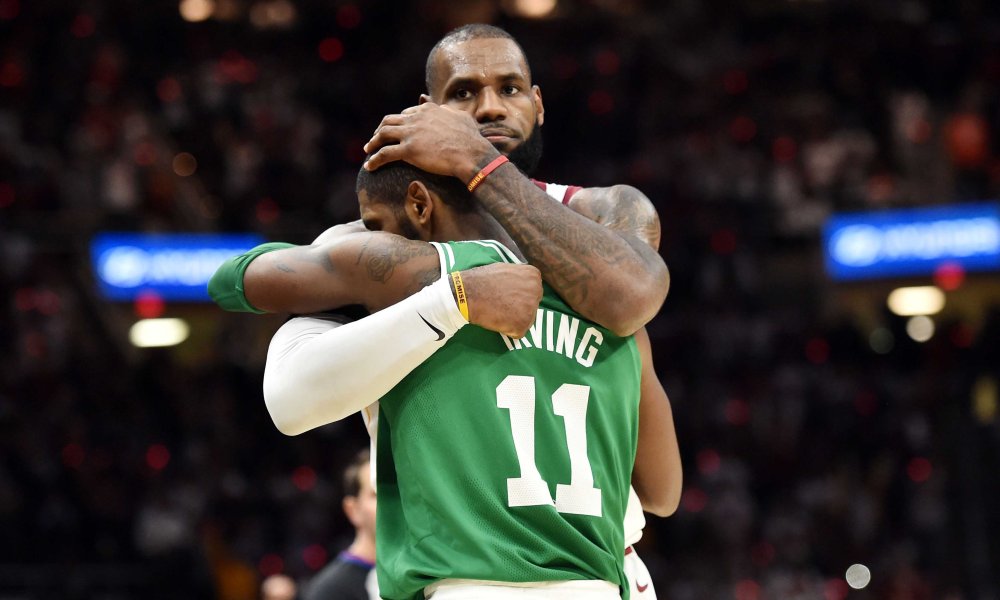 When Kyrie Irving requested a trade from the Cleveland Cavaliers this past June, needless to say, it took most fans by surprise. In the following days rumors began to swirl that Irving was tired of playing second fiddle to LeBron James, and wanted a fresh start with a team that made him the center focus.

Now a member of the Boston Celtics, Irving has never revealed the exact reason why he wanted out of Cleveland, and it appears he may never will. As fans are left to wonder if there’s any bad blood between him and LBJ, a video surfaced showing the superstar hugging Bron’s kids after the Celtics lost their season opener to the Cavs last night.

The two was also seen dabbing it up before tipoff.

Kyrie and LeBron before the tip pic.twitter.com/PRnMvRvpxp

You may be reading this and asking yourself why is this such a big deal, well, quite frankly it’s not. It’s just good to see two black men throw water under the bridge before the media creates some false narrative. Stephen A. takes notes.