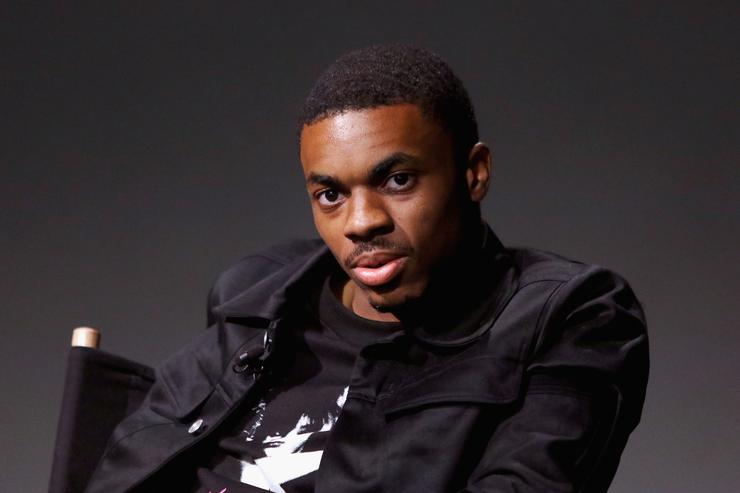 The anticipation was high for the 2017 BET Hip-Hop Awards after it was announced that Eminem would participate in the cypher. Hip-Hop Fans from all over tuned in impatiently waiting to hear Shady’s unrivaled lyrical ability. I, for one, was hoping Em would display the comical dexterity that made him a multi-platinum selling artist, however, he didn’t. Instead, Em took a different approach.

The Detroit rapper seized the moment by slamming Donald Trump and his supporters while voicing his support for Colin Kaepernick. At times Em’s lyrics were cringeworthy and didn’t pack the usual punch, but to his credit, you can tell the freestyle was fresh off the dome and not some bars that were written prior to the show.

Nevertheless, Eminem is a legend. A 45-year-old legend who, like many of us, is fed up with Trump’s bullshit. But I dare to ask if a rapper of a lesser stature were to spit those same rhymes would he or she have received as much praise as Em? Probably not, according to Long Beach rapper Vince Staples. “It was trash. He can do better.”

“If I said, ‘This is for Colin/Ball up a fist/And keep it balled up/Like Donald the bitch,’ they would be like, ‘Get this nigga out of here,” Staples told Pitchfork during a talk at Chicago’s Museum of Contemporary Art for their In Sight Out series.

And Vince is right. Em’s reputation as a lyrical monster preceded him. In 2011, he undoubtedly had the best freestyle at the BET Hip-Hop Awards where competition was much stiffer. Em rapped alongside Slaughterhouse and stood out with the type of flow that made you wanna hit rewind. On the other hand, his freestyle session at the year’s awards lacked wittiness and the comedic element he’s known for when throwing jabs at pop stars and other entertainers.

Vince’s comments shouldn’t come a diss to Shady but more so a fan whose voicing his displeasure about the hype surrounding one of the best rappers dissing Donald Trump with subpar lyrics.

With that being said, if you think the message is more important than the delivery then you should ask BET why they didn’t let YG & Nipsey Hussle perform their hit anthem “FDT” (Fuck Donald Trump).

The mnm statement was all in good fun I like him & Kim. @Pitchfork took it out of context because they thirsty. Lemme get these jokes off.

And yall not about to sit here and try to convince me the Donald the bitch line had y’all out y’all seat shut up.

How we gonna clown Xtentacion for rapping like a sorcerer on XXL but let M go full assasins creed & then deny me the right to my jokes.

Me not being able to make jokes about mnm is white supremacy @pitchfork don’t make me call Cornell West.

Big Tymers Announce Reunion Concert
Waka Flocka Doesn’t Identify As Black, But If You Know Your History, You Shouldn’t Be Mad At Him