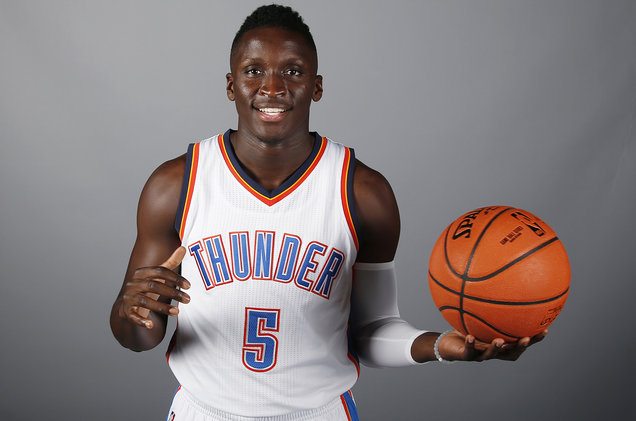 NBA players crossing over to music is nothing new.

Shaquille O’Neal was once a platinum selling rapper back in the 1990s. And Damian Lillard, who goes by the moniker Dame D.O.L.L.A., dropped his debut album last year.

Now, Indiana Pacers guard Victor Oladipo is throwing his hat in the ring with the release of his first single “A Song For You.” It’s no secret that Oladipo has an incredible voice, as he has shown it off on numerous occasions.

However, his debut single could make you forget that he’s an NBA superstar.

Although the record is impressive, Oladipo has no full album in the works. Via Complex:

We know you’re a talented singer. Have you ever thought about putting a record out?

Maybe one day. I think ain’t too many NBA players who are actually really good at singing. There’s a lot of rappers, but not too many singers. I think it could be something special, so maybe one day.