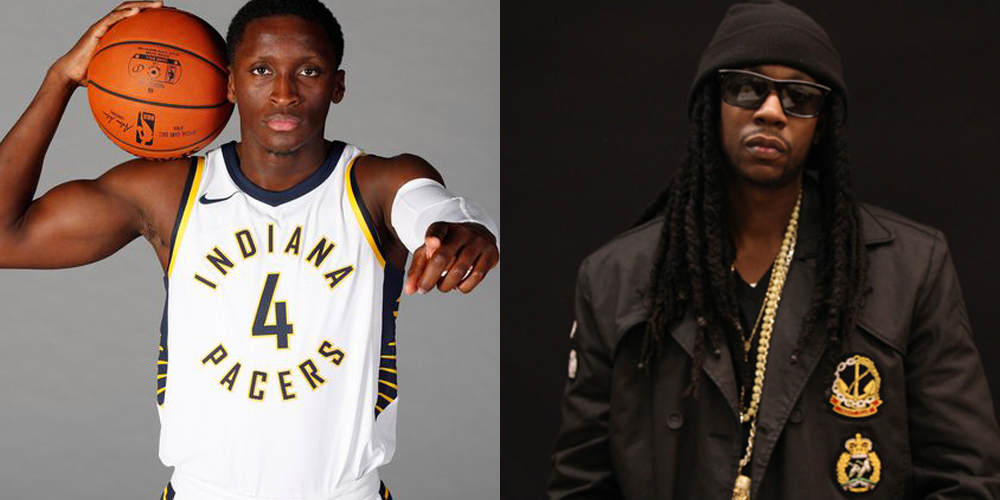 Indiana Pacers guard Victor Oladipo surprised fans last month with his amazing vocals on his first single “A Song for You.”

Following Donald Trump’s controversial comments over the weekend regarding the national anthem protests, the hoop star/singer dropped a second single called “Rope a Dope” and it features 2 Chainz.

“I wanted to address what was going on and bring awareness to it, but in a positive manner,” Oladipo said in a statement. “I want people to feel inspired and motivated to be great and to stand up and have confidence. We need to come together as a country to deal with these problems. We aren’t going to solve anything unless we’re united.”

Oladipo said his EP entitled Songs For You is set to drop on Friday, Oct. 6.