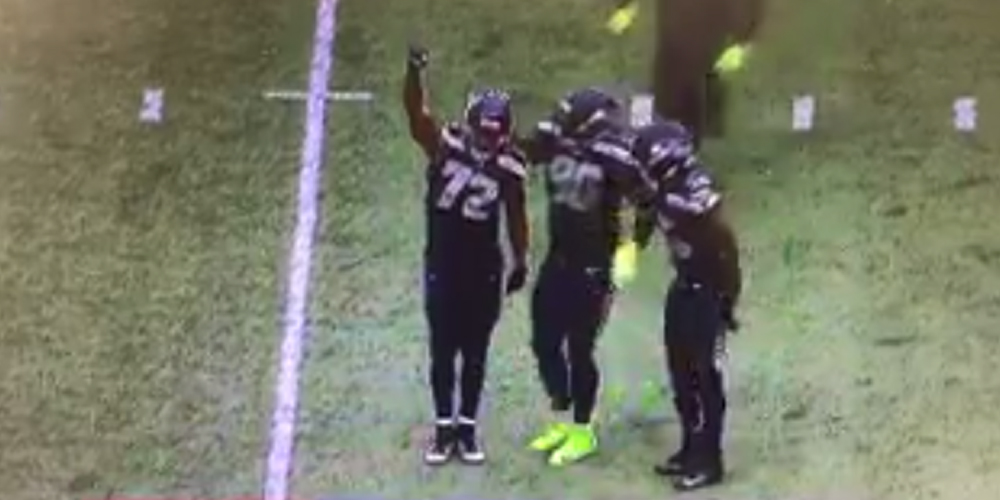 The stance and gesture was the first sack celebration of note that mirrored anything close to the national anthem protests the NFL has seen since 2016.

Michael Bennett (@mosesbread72) with the Black Power salute after his sack of the 49ers QB in Seattle. #Seahawks pic.twitter.com/OY1oE7HcgX

Bennett’s teammate Richard Sherman said the game against the 49ers had a special significance given Colin Kaepernick’s national anthem protest. Kaepernick remains without a team despite big-name support in the NFL.

Bennett, who has been sitting for the national anthem since the preseason started in August, recently made headlines after he shared his account of abuse he experienced by Las Vegas police the night of the Mayweather-McGregor fight.