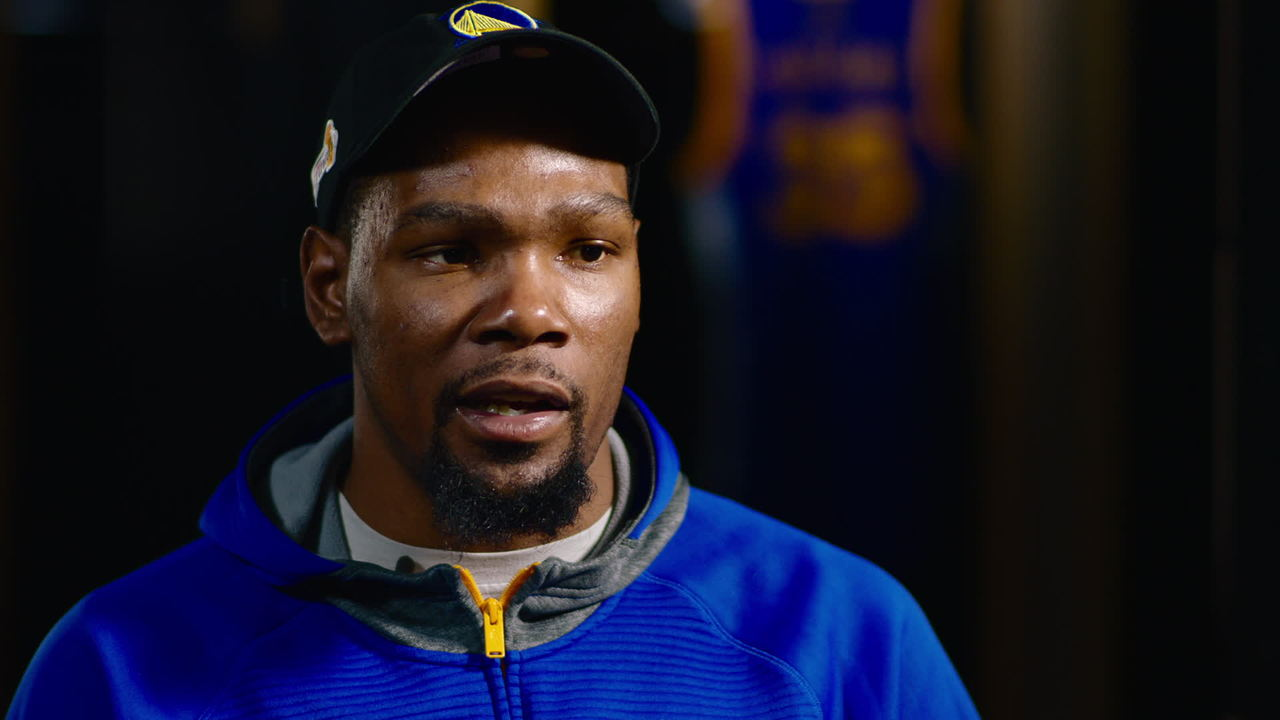 Kevin Durant was caught using a fake Twitter page over the weekend to respond to a fan who questioned his reasoning behind leaving the Oklahoma City Thunder to join the Golden State Warriors in July 2016.

Durant, speaking in third person, responded by saying he didn’t like the organization or playing for Billy Donovan, and that the roster “wasn’t that good, it was just him and Russ.”

KD has secret accounts that he uses to defend himself and forgot to switch to them when he was replying to this guy I'm actually speechless pic.twitter.com/9245gnpa3c

KD addressed the incident at TechCrunch Disrupt on Tuesday (Sept. 19), where he was frankly asked if he intended to post the anti-OKC tweets from an anonymous account or not. Unlike many, he didn’t pull the “I was hacked” excuse, instead KD took full responsibility saying he regretted the tweets, calling them “childish” and “idiotic.”

.@KDTrey5 regrets the way he interacted with fans on Twitter yesterday #TCDisrupt pic.twitter.com/da1bQbruK5

“I have another Instagram account, but that’s just for friends and family. So I wouldn’t say I was using it to clap back at anyone. I use Twitter to engage with fans. I think it’s a great way to engage with basketball fans. I happened to take it a little too far. That’s what happens when I get into these basketball debates about what I really love, to play basketball. I don’t regret clapping back at anybody or talking to my fans on Twitter. I do regret using my former coach’s name and the former organization I played for. That was childish. That was idiotic, all those type of words. I apologize for that. I don’t think I’ll stop engaging with fans. I really enjoy it and it’s a good way to connect us all, but I’ll scale back a little bit right now and just focus on playing basketball. I’ll move on from that. It was tough to deal with yesterday. I was pretty mad at myself. Definitely, want to move on and keep playing basketball.”