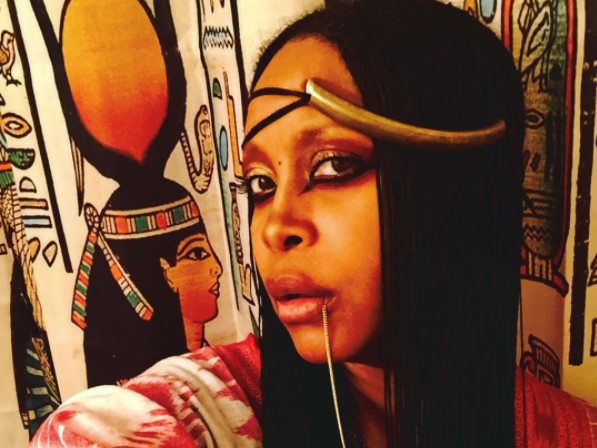 With the recent removal of a statue in Dallas, Texas, honoring Confederate general Robert E. Lee, the city is now working on renaming the park.

Now that the statue is officially gone some fans have suggested the park, which has been temporarily named Oak Lawn Park, be named after the one and only Erykah Badu.

A petition was created by local collective Central Track that has been signed by more than 2,300 people.

In a statement on the organization’s website, Central Track co-founder Pete Freedman writes:

“Lord knows the renowned R&B singer deserves that distinction. Hell, they already named a whole day after her down in Houston, recognizing her many accomplishments and all that she’s done to inspire young artists around the state, and somehow beating Dallas to that punch,” Freedman wrote.

“Naming a local park after her would go a long way toward making up for that misstep, for sure.”

Yesterday (Sept. 24), both Erykah Badu and comedian Michael Blackson uploaded a video showing the two of them comically battling one another as part of the viral “For the D!#k” Challenge.

Continue Reading
You may also like...
Related Topics:Dallas, Erykah Badu