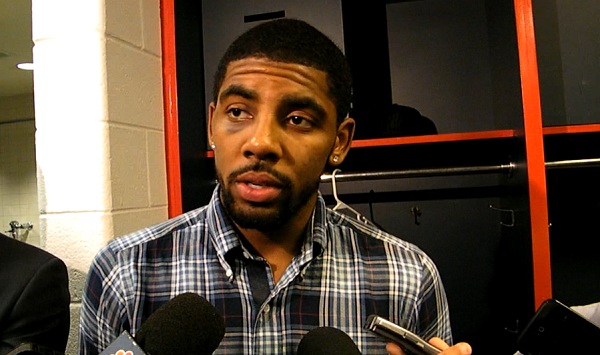 Kyrie Irving wanted out of Cleveland and he didn’t care if LeBron James took it personally or not.

During a cringe-worthy interview with ESPN’s First Take on Monday (Sept. 18), Irving revealed that he didn’t speak with LeBron before requesting a trade away from the Cleveland Cavaliers, adding, “Why would I have to?”

“I don’t think you owe anything to another person in terms of figuring out what you want to do with your life,” Irving said. “It’s not anything personal, I’m not here to tirade anybody or to go at any particular person or the organization because I have nothing but love for Cleveland. I have nothing but love for the time I spent there. It’s nothing about that. There comes a time where you mature as an individual, it’s time to make that decision. and there is no looking back from that standpoint. There is no time to figure out how to save somebody’s feelings when ultimately you have to be selfish in figuring out what you want to do.”

Irving replied: “Honestly, Stephen A., I didn’t hear anything that was reality-based in all of that. I didn’t hear one thing. I heard ‘noise.’ I heard ‘distraction.'” Check out more of the exchange below.