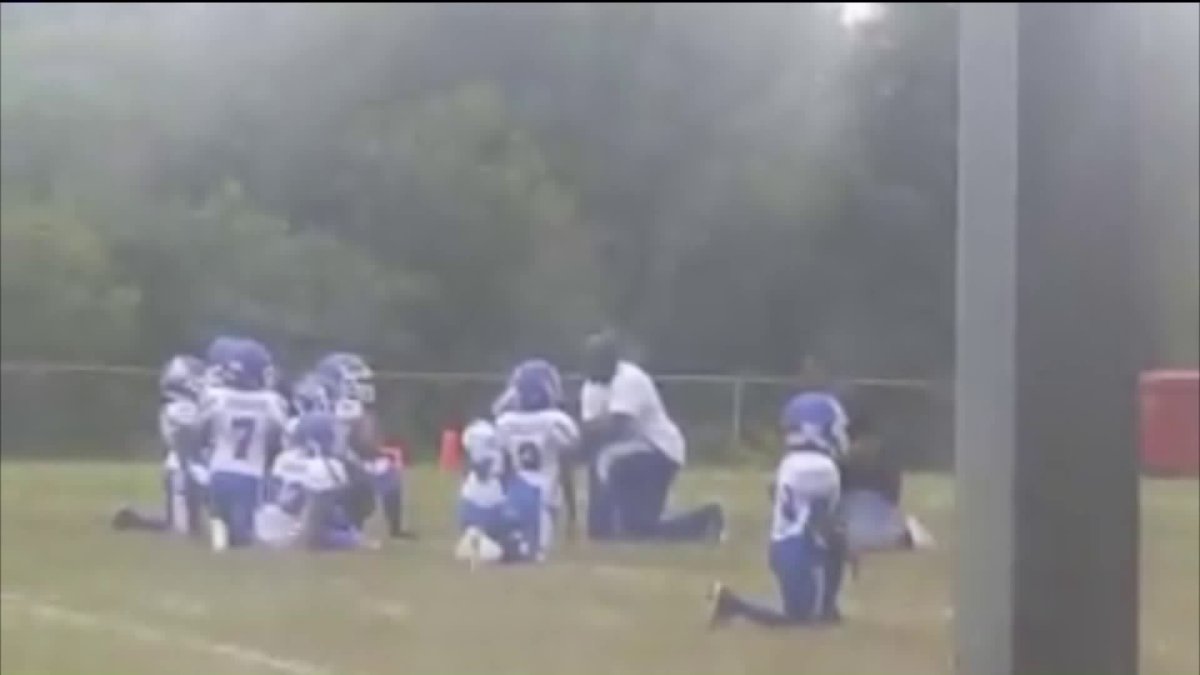 A predominately black youth football team in Belleville, Illinois, proved that children are well aware of the social unrest that’s taking place in our communities and around the country. On Monday (Sept. 18), every player on the Cahokia Quarterback Club roster kneeled during the national anthem ahead of their game at Belleville’s Little Devil’s Field.

The team is comprised of 25 players who are all 8-years-old and younger. Head coach Orlando Gooden told Fox News 2 Now that “One of the kids asked me if I saw (people) protesting and rioting in St. Louis. I said yes; I said, ‘Do you know why they are doing it?’”

Coach Gooden, who played football at Mizzou, said his player responded, “Because black people are getting killed and nobody’s going to jail—in reference to the recent acquittal of former St. Louis police officer Jason Stockley.

“I felt like it was a good teaching moment for me to circle the team and have a meeting,” Gooden said.

The coach said he spoke to the children about that and other situations that happened around the country. He also told Fox 2 that he explained to the team why Colin Kaepernick starting kneeling during the anthem.

The coach said he spoke to them about that and other situations that have happened in our country. He then explained why former NFL quarterback Colin Kaepernick started kneeling during the anthem.

With the full support of their parents, the Cahokia third graders immediately took a knee where they were standing. Their backs were away from the flag—but not on purpose—according to Gooden.

“What I teach my kids is love, integrity, honesty, fairness, respect, and boundaries,” he said.

Check out the video below.

Kevin Durant Says He ‘Took It Too Far’ After Using Secret Twitter Account to Bash Former OKC Coach
Wiz Khalifa, Teyana Taylor, and French Montana to Star in Netflix’s ‘The After Party’