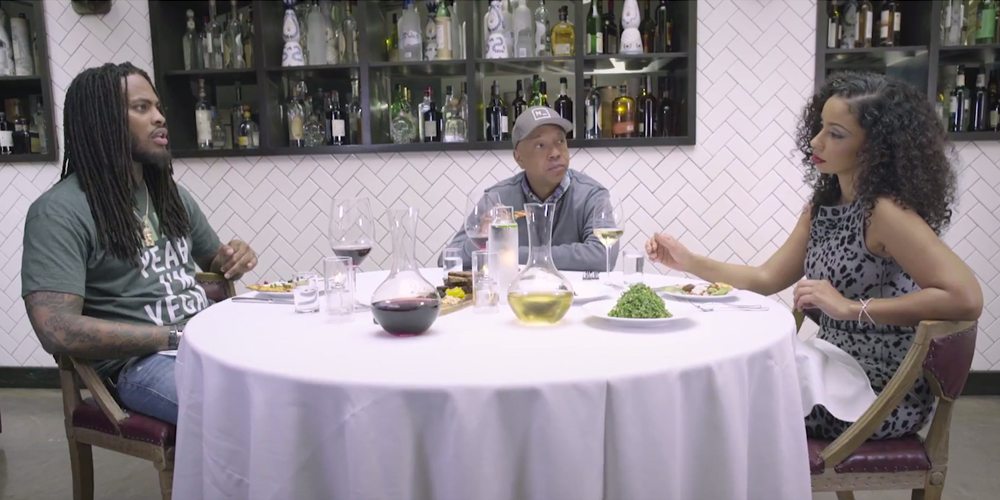 Over the past few years, many entertainers have adapted the healthier lifestyle choice by going Vegan. While people like Russell Simmons have long embraced veganism, artists such as Waka Flocka Flame and Mya have recently picked up on the rising trend.

Today, PETA, who played a major role in marketing the lifestyle, sat down with the three at vegan restaurant Crossroads Kitchen in L.A. where they discuss why they converted to veganism.

As they sit down, Waka says that he converted to veganism due to his robust size from eating meat.

“I was fat as fuck. Like big. Mothafuckas would ask like ‘Yo do you play in the NFL?'” Waka says at the beginning. While he mentions that he has had attempts to change to veganism, it wasn’t until he realized he gained 45 lbs. in a month due to eating steaks, shrimp and other high-end animal products. Waka also says he did his research on what’s in the meat and that was his turning point.

Russell Simmons, who’s been vegan for nearly 20 years, adds, “It’s the 100 billion animals that I worry about . . . . When you’re looking at your plate … you see the process of the throats being slit, the mistreatment of animals, the souls that they do have.”

Mya revisits a time when she did a fashion show in New York where the designer was sporting fur. PETA later bombarded her with some harsh letters apparently, that had a major role in helping her see the cruelty in the meat industry. She also credits the knowledge she’s gained on the animal industry and how she’s treated for her conversion.

All three entertainers have been very vocal about their veganism. Check out the full video below.