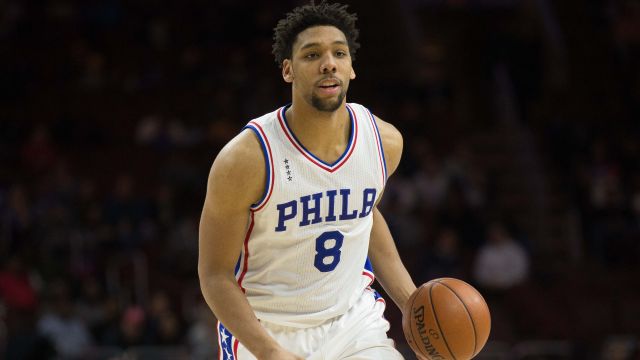 Philadelphia 76ers center Jahlil Okafor embraced a “mostly vegan” diet over the summer and has apparently lost a few pounds.

According to CSN Philly, the 6-foot-11 Okafor is down to 258 pounds, 20 pounds less than his weight entering training camp last year.

“I’ve cut out dairy, so that’s cheese, chocolate, stuff like that,” Okafor said. “But every now and then I still might eat some fish.”

Okafor reportedly made changes to how he starts his day by having his uncle prepare meals out of a vegan cookbook. The 21-year-old says he enjoys the recipe options so he doesn’t “get bored going vegan.”

“I feel lighter, I feel great,” he said. “I’ve been taking my body seriously, my health seriously, what I eat very seriously. So I think it’s going to pay off.”

Okafor joins the ever-growing list of entertainers and athletes who have embraced the vegan lifestyle. Last week, Russell Simmons, Waka Flocka, and Mya sat down with PETA to discuss why they converted to veganism.