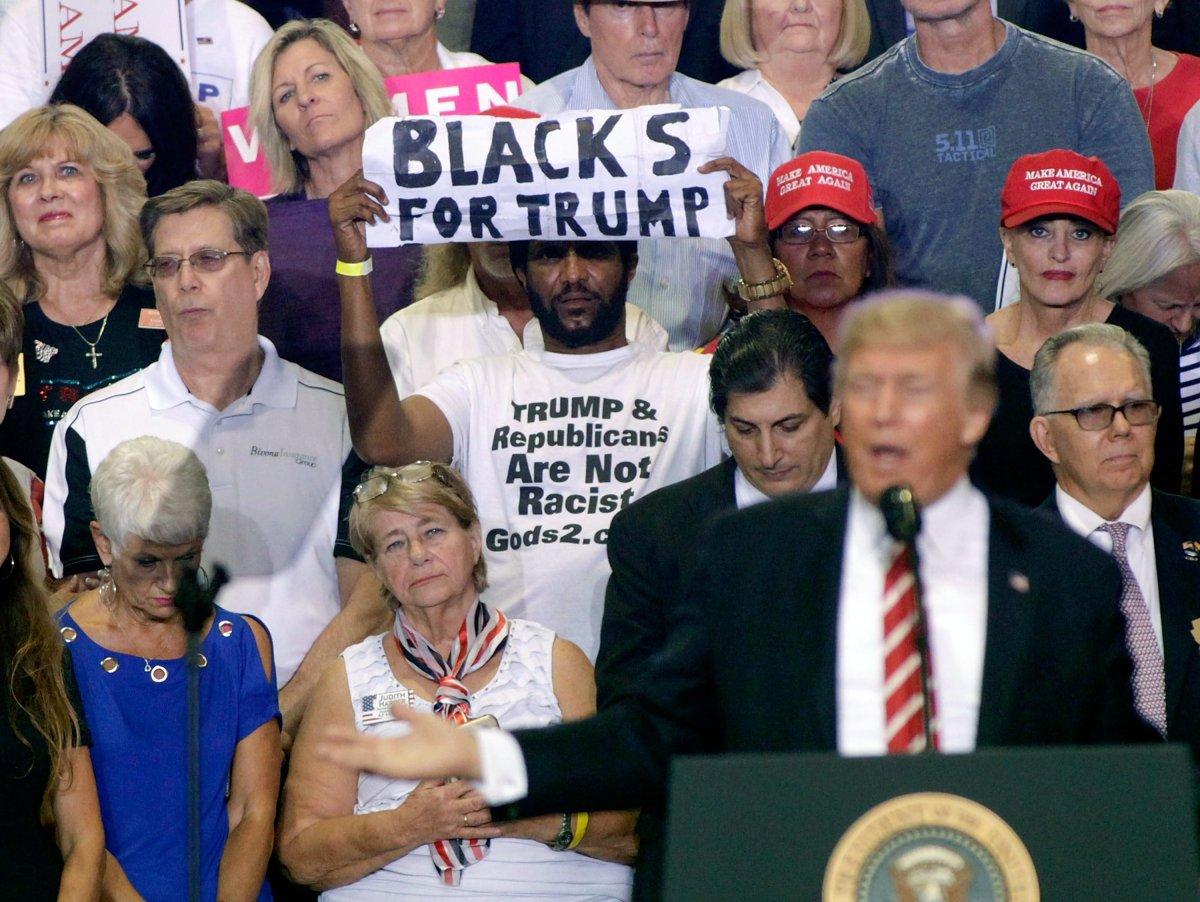 Akon isn’t fond of the guy who stood behind Donald Trump holding a “Blacks for Trump” sign at his recent rally in Phoenix. The singer said the man, identified as Michael Symonette, has sold himself—and the entire black community—out for a quick buck.

“This dude is being paid for being there and he’s an idiot for doing it,” Akon told TMZ on Wednesday (Aug 23). “It just goes to show how selfish our society is to the point where you don’t think about everyone else or the long-term goal or what the freedom of this country should become…and what people fought for up to this point for us.”

“A lil dollar…you willing to sell yourself out, your people out, and your soul out,” the singer added before accusing the Republicans of doing the same to protect Trump. Check out the video below.

If you aren’t familiar with Micahel Symonette, he’s former cult member who has previously accused Oprah Winfrey of being the devil. He also owns a website, Gods2.com, where he alleges that the Cherokee Indians created the KKK.

Continue Reading
You may also like...
Related Topics:Akon, trump