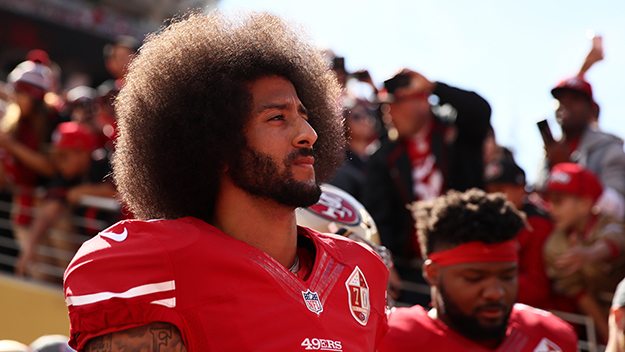 Newsome and Harbaugh support signing Kap but have “met resistance” from Bisciotti, who asked fans to share their thoughts about the move and asked for prayers as they consider it.

On Wednesday (Aug. 2) Newsome denied Russini’s report in a statement saying that although Bisciotti hasn’t pushed back on a potential contract for Kaepernick, he isn’t necessarily too ecstatic about bringing him on board either.

“We are going through a process, and we have not made a decision,” the statement said. “Steve Bisciotti has not told us we cannot sign Colin Kaepernick, nor has he blocked the move. Whoever is making those claims is wrong.”

Kaepernick, 29, has been a free agent since March 1, when he opted out of his contract with the San Francisco 49ers.

Beyoncé Reportedly Seeking Stake in Houston Rockets
Kordell Stewart to Colin Kaepernick: ‘You Don’t Have to be so Loud’