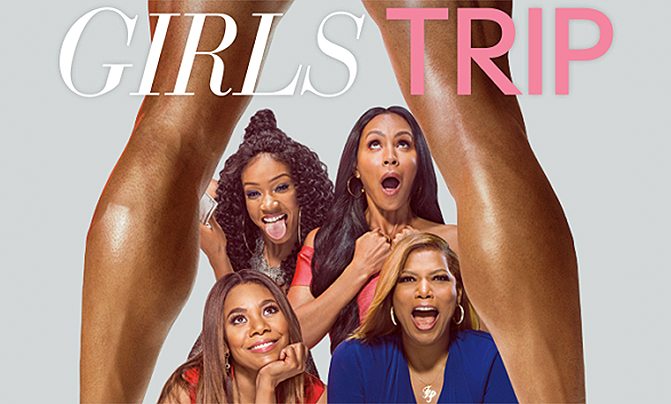 Girls Trip is now officially in the record books after earning over $100M million at the domestic box office.

According to Variety, the film opened to a very solid $31.2 million that put it behind Dunkirk for the No. 2 spot. It’s Universal sixth title to cross that threshold in 2017.

Adding to the list of achievements for Girls Trip is that it is the first movie made by an all-black team to reach that financial milestone. As per Paper magazine, the key members of the production all coming from African-American backgrounds – including the director, screenwriters, producers and four lead cast members. It certainly is an accomplishment worth celebrating and some of those fine individuals took to social media to do just that.

Check out some of the cast and crew reaction to the milestone below.

How about some GOOD news?!?! ? Thank YOU for helping us make HISTORY!!!!

This is amazing!!! So proud of the entire #GirlsTrip team! We are so thankful to everyone who came out and supported us ❤️️❤️️❤️️ pic.twitter.com/BwfAusalVL

Girls Trip follows four lifelong friends who travel to New Orleans to partake in the wild atmosphere of the annual Essence Festival.

Starring Queen Latifah, Jada Pinkett Smith, Regina Hall and Tiffany Haddish, the ensemble cast exhibits great chemistry and comic timing, but it’s Haddish who is the movie’s breakout star. She could soon be one of the big names in film for the foreseeable future.